The espionage in the military leadership had its own office 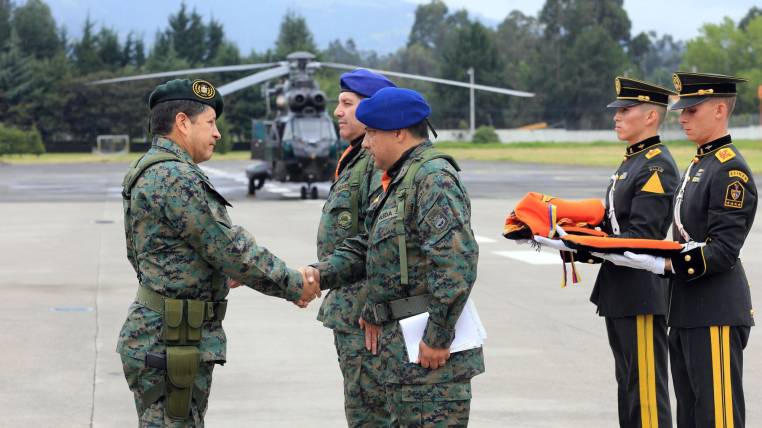 The type of espionage that was made from an office located on La Prensa Avenue, in front of the former Mariscal Sucre Air Base in the north of Quito, which splashes the military leadership of the Army and the Joint Command, is what is under investigation since two months ago.

Everything happened in mid-March. Some facilities, which were not included among the sites destined for military investigations, were raided by intelligence personnel who were surprised that those who were there were also members of the Land Force. They had activated that office.

The investigators, who have videos and other evidence of the fact, turned their attention to those who had ordered the operation in the Army, opening an inquiry that is still ongoing as the spying was the head of the Joint Command, César Merizalde, and other high official

General Edison Narvaez, who resigned on Monday from the Army’s general command, told this newspaper yesterday that he does not know that there is an investigation against intelligence personnel and that this has been reported by the former defense minister, Patricio Zambrano, although he accepts that he heard rumors of a supposed enmity between him and César Merizalde that led him to talk with the head of the Joint Command to ask him if there was any problem.

He assures that he had an excellent working relationship with Merizalde, who has just finished preparing a project to reform the Armed Forces Personnel Law.

According to Narváez, both he and his wife have been harshly attacked through social networks with false information. Although he says he does not pay attention to the “terrible campaign” against him, he says he has 70 sheets with the attacks he has suffered.

He denies that his resignation from the army command is due to the “supposed espionage scandal”, but to the health problems he faces for which he was hospitalized.

He defends his work at the head of the country’s largest military force, from the 2017 gavel, which has 70 percent control of the northern border where violence has been spilling, especially in San Lorenzo (Esmeraldas) where they have recorded ten narco-terrorist attacks attributed to FARC dissidents on the Oliver Sinisterra front led by alias ‘Guacho’.

“If there is an investigation, we must wait for the results. Nothing has been proven against me; all are rumors with which I try to hurt. I have fulfilled the country, I have fulfilled my duty in the 37 years I have been in the Army. We have managed to recover the Army Aviation, which had a Casa airplane that had been inoperative for five years, aircraft that have been stopped for eight years, “says Narváez.

The relay in the Army will be chosen this week by President Lenin Moreno, from a list that must be sent by General Oswaldo Jarrin, Minister of Defense. The members are the division generals Roque Moreira and Jaime Castillo and Brigadier General Roberto Rubio.

The trip to the Napo brigade

Criticism: Édison Nárvaez, as commander of the Army, was criticized by social networks and in his strength to take a group of journalists to the Brigada de Selva No.19 Napo (Francisco de Orellana), when narco-attackers were registered in San Lorenzo ( Esmeraldas). A total of eleven media delegates went to that demonstration trip.

The answer: The former commander of the Army said yesterday to this newspaper that with this trip they tried to show the media how the preparation of Army personnel was done, because they were saying that the training of the troops had been neglected. “We could not take journalists to Esmeraldas because it was dangerous”. (I)