The famous Diego and 14 giant tortoises return to the Spanish island, after saving their species in the Galapagos

The famous Diego tortoise along with 15 giant tortoises were reinserted into their natural habitat on Española Island, in the Galapagos Archipelago  , on Monday, June 15, 2020. The Directorate of the Galapagos National Park announced how the animals were moved. , after they helped save their species on a breeding program. 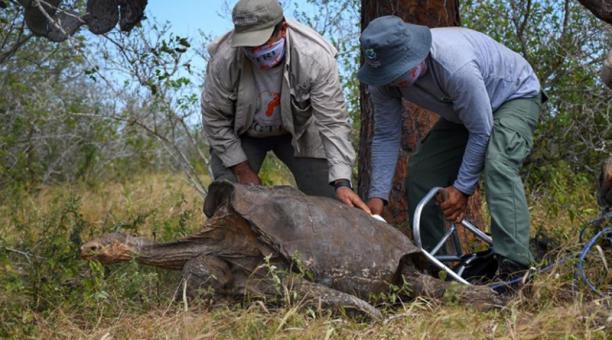 The famous Diego and 14 giant tortoises return to the Spanish island, after saving their species in the Galapagos

The specimens of the Chelonidis hoodensis species were part of the Initiative for the Restoration of the Giant Turtles , the same that allowed the conservation of these chelonians and saved them from extinction . Among these individuals is the famous Diego , the male turtle won the reproduction of 800 offspring of its  kind, said Danny Rueda, director of the Galapagos National Park.

After the return of the giant tortoises, the project to preserve the species concludes in an alliance between the Galapagos Park Directorate and the Galápagos Conservancy Foundation . The initiative achieved the  reproduction and breeding in captivity of the Chelonidis hoodensis . Thanks to the conservation intervention , this species went from having 15 individuals to 2,300, according to records issued on Tuesday, June 16, and its release was planned for March 2020, but due to the global health crisisfor the covid-19 the transfer was postponed. The turtles were quarantined , later they were internally and externally dewormed and a microchip was placed to identify them, says the Park Directorate.

To get to the Spanish island, the turtles had to be loaded for 2.5 kilometers. Photo: Courtesy Galapagos National Park

Finally on Sunday June 14, 2020, the giant tortoises made the journey to their home island along with park rangers and scientists . They reached the sector known as Las Tunas , a place where the Opuntia cactus abounds , the main food of the chelonians, this will facilitate the rehabilitation of the species on the Spanish island .

The Galapagos Park Directorate explained that the 12 females and 3 males were loaded for 2.5 kilometers by the rangers until they reached their destination .

After six months, the first monitoring trip will be made to review the status of the giant tortoises . However, there will be constant information on the status of the species since they have satellite devices .