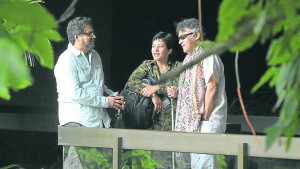 The Revolutionary Armed Forces of Colombia (FARC for its Spanish acronym) requested yesterday the United States to recognize its “primary responsibility” in the armed conflict that has more than a half a century in Colombia.

In a statement, the group denounced the culpability of the Government of the United States (USA), the companies in the “business of war” and intelligence services, as the British and the Israeli, in the armed conflict.

Marco Leon Calarca, spokesman for the group, said that it should be also considered all victims of the conflict as “political subjects” and mark their recognition since 1930.