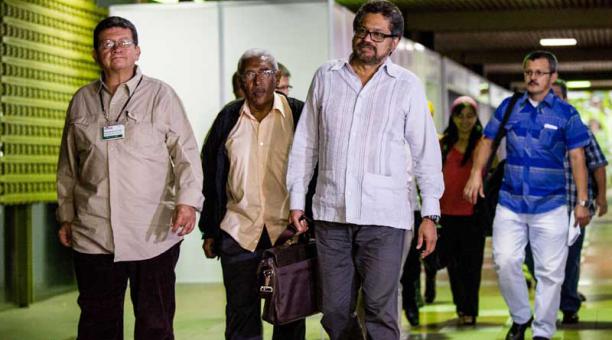 The communist guerrillas of the FARC pledged yesterday in Havana to leave the armed activity to become a political party, provided that the Colombian government meets reforms and guarantees required.
The FARC “will engage in what they are entitled to contribute to the non-repetition” of the causes that led to the current armed conflict half a century ago, the Colombian guerrillas said in a statement read to the press by negotiator Jesus Santrich.The Revolutionary Armed Forces of Colombia (FARC) said they would ensure “their contribution to ending the armed confrontation,” “their decision to become a political movement that promotes structural changes” and “active participation in the construction of memory and historical truth, and remedial actions.”

To do this, they demand bilateral ceasefire, the suspension of mining and energy investment projects and stop legislation that oppose peace negotiations as well as “structural reforms to the non-repetition (of actions) and national reconciliation.”