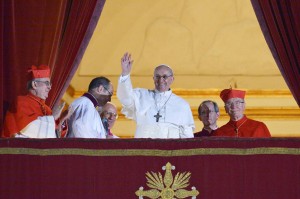 The father Francisco won’t do anything special to remember the first anniversary of his election as Pontiff of Rome, which marks today, and he will be limited to pray from his retreat in Ariccia (near Rome), where he does spiritual exercises, said the Vatican spokesman, Federico Lombardi.

The Argentine Pontiff broke the silence of his spiritual exercises that began on Sunday to ask:  “Pray for me” in his profile on the Twitter social network, the same request he did a year ago at the balcony of the central Loggia of St. Peter’s Basilica to be presented to the world.