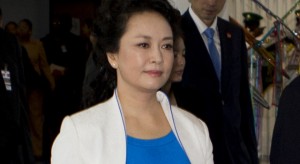 Peng Liyuan, China’s First Lady asks the international community to do “every possible effort” for the rescue of more than 200 Nigerian students who were abducted by the Boko Haram group.

Liyuan was named by the Unesco Special Envoy for the Promotion of Education of Girls and Women since march 27. This request was made through a letter to the General Director of the United Nations Organization for Education, Science and Culture, Irina Bokova.

The First Lady explained to be “extermely worried” because of the Nigerian girl´s case. Peng said that “as a mother,” she understands the situation that the families of the girls must be dealing with.