The fiscal accounts deteriorated in the region 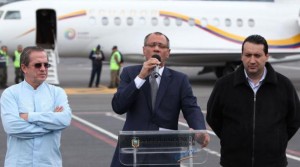 The fiscal deficit reached 3% and public debt grew 34.7% of GDP in Latin America this past year, a slight “deterioration” in a scenario of economic slowdown offset by higher savings and tax revenues.

According to the agency, these countries suffer the loss of revenue resulting primarily from the decline in the value of raw materials, caused by the regional economy.

“While 2015 was marked by the loss of revenues from non-renewable natural resources, this decline was offset by higher tax revenues as a result of the reforms,” said ECLAC. (I)

The victims of the Spanish courier company must keep suing them