Seeking that Ecuadorian entrepreneurs reflect on the future of their companies, since the effects of climate change can affect the country’s essential productive activities such as agriculture, is one of the main objectives of the discussion Premises of COP26 UK 2021 that will be held on next June 24. 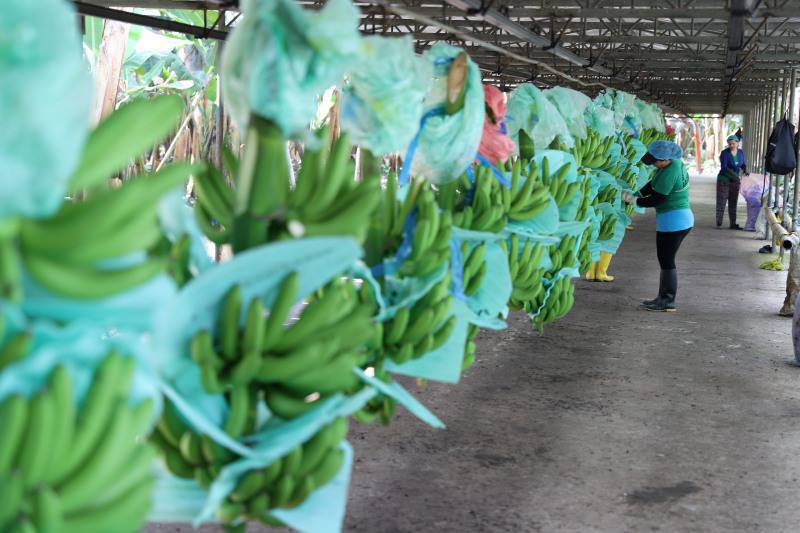 Banana production is one of the activities that depend on weather conditions. Furthermore, Europe aims to be carbon neutral by 2050, forcing the local industry to change.

In addition, Ecuador’s position will be discussed at the Conference of the States Parties to the Framework Convention on Climate Change (COP26) to be held in Glasgow, United Kingdom, next November.

The discussion will be essential, since Ecuador has new government authorities and a strategy needs to be outlined as a country to establish new energy and productive policies to mitigate, as several environmental organizations affirm, the current climate emergency. Official estimates indicate that in the case of Ecuador there would be an increase of 2 ° C, accentuated in the Coast and the Amazon, by the end of the century.

However, the country strategy, which must be widely debated before its approval, has to be supported by national industries. “ Not only the Government must carry the weight. If we do not take a global and joint position to avoid the emission of greenhouse gases, we will all be affected as a human race ”, indicates businessman Nelson Baldeón, one of the organizers of the discussion.

For the executive, the decree signed by President Guillermo Lasso, on June 5, where he declared sustainable development as a national priority understood as the improvement of the quality of human life and, in addition, modified the name of the environmental secretariat by Ministry of the Environment, Water and Ecological Transition , is a good sign.

“You have to see how these policies evolve. The pandemic has been so strong that it has shown the need for more park rangers to take care of protective forests because illegal exploitation is evident ”, he says.

99% of a company’s strategy, according to Baldeón, must revolve around sustainable production. In fact, currently many multinationals have modified their procedures driven by a change in the attitude of the consumer who is increasingly concerned about how the products they buy are produced and what their impact on nature is.

In addition, positions such as the one taken by the European Union, one of the great markets for Ecuador’s exports, from being carbon neutral by 2050 will also force more national companies to opt for sustainable production models and be an important part of an economy system. circular, indicates Mónica Torresano, professor at the IDE Business School and sustainability consultant.

” This position of Europe will cause a strong demand for changes in supply chains and countries like ours that want to export to this continent will have to use concepts associated with sustainability and circular economy for their different phases of production, ” says the specialist.

In addition, the reincorporation of the United States to the Kyoto Convention has given way for voices in the Congress of that country to suggest positions similar to the European one.

Also, according to Torresano, there is the co-responsibility that any type of company must have to take care of the planet and guarantee mechanisms of present and future sustainability, and, at the same time, articulate the creation of value for its different interest groups.

The discussion is also promoted and supported by the United Kingdom through its ambassador in the country, Chris Campbell. The diplomat points out that for his country, which has the co-presidency of COP26 together with Italy, it is important to ensure that all actors (companies, national and local governments, civil society, youth, women and indigenous peoples) are involved to act in different areas of the economy to reduce emissions, adapt to the effects of climate change and build resilience.

“The United Kingdom has directly and indirectly a significant investment in projects for the adaptation and mitigation of climate change, which includes research, local action and the fight against deforestation,” adds Baldeón.

Meanwhile, Cristian Barrezueta, director of Economic Affairs and Climate Change of the British embassy in Ecuador, affirms that it is important that these types of meetings take place before COP26, since positions can be defined in advance so that they are specified in the great environmental summit that was postponed by the pandemic.

Guadalupe Llori, president of the National Assembly; Gustavo Manrique, Minister of the Environment; and businessmen from the financial, oil, mass consumption and chambers areas. Yolanda Kakabadse, former minister, will be the moderator. (I)