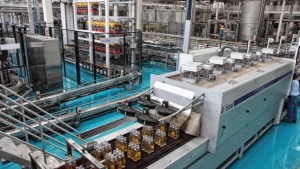 The tax reform will have the status of an economic emergency. The National Assembly will have to process it in 30 days and, according to Legal Secretary of the Presidency Alexis Mera, on Friday it will arrive to the legislature.

Although there are not further details on the changes, data from the Internal Revenue Service (SRI) reveal that Guayaquil and Quito will be the most affected cities by the rise.

The proof? Those are the cities that pay more taxes for sugary drinks, liquor and cigarettes. The Taxon Special Consumptions (ICE for its Spanish acronym) for these products collected, in 2015, 489.8 million dollars. Of this amount, 197.7 million came out from the pockets of Guayaquil people.

The main port is the highest grossing county of the coast. In the Sierra, however, Quito has the crown with 260.6 million dollars.

The president of the Chamber of Industries of Guayaquil, Francisco Alarcon, knows these figures and contends that any additional tax increase will be negative. For him, neither the companies nor the citizens are able to endure increases, because consumption generally has significant falls.

In a conversation with Daily Expreso, Patricio Alarcon, president of the Chamber of Commerce of Quito, said it is a mistake to announce more taxes at a time of decayed consumption. Instead of encouraging the entrepreneur, he ensures, the central government continues contracting the market.