President Guillermo Lasso announced that the Government is withdrawing from the dialogue table with Leonidas Iza until the necessary guarantees exist. 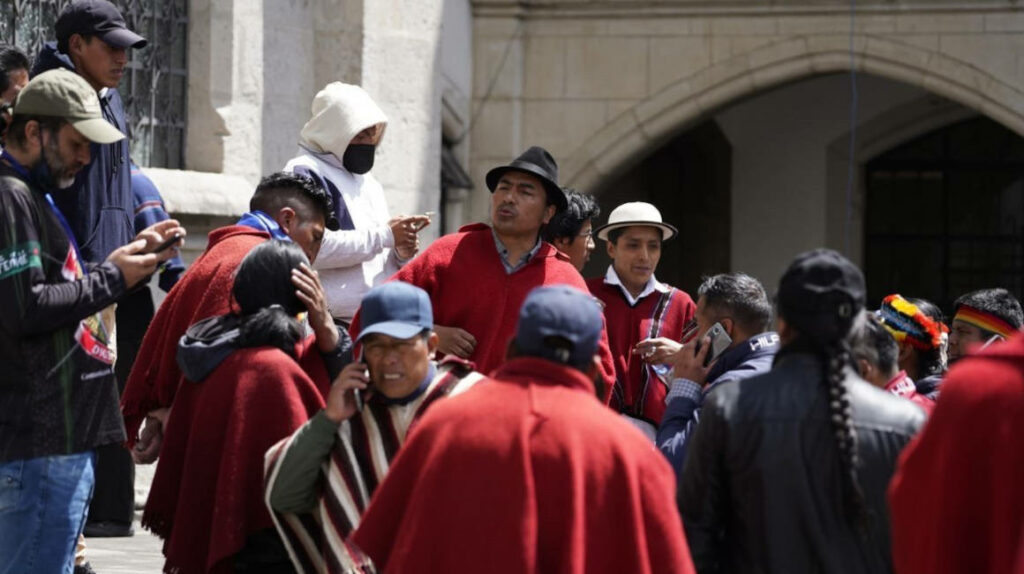 Indigenous leaders in the National Basilica after the failed installation of the dialogue table with the Government. Quito, June 28, 2022

The expectation on the 16th day of the protests was focused on the second part of the meeting, which began on the afternoon of June 27, 2022, between the indigenous mobilized with the delegates of President Guillermo Lasso, in Quito.

However, the meeting was settled at 11:00 without the presence of the delegates of President Guillermo Lasso. Later, the president terminated the dialogue with Conaie.

The representatives of the other functions and who are acting as mediators of the dialogue tried to save the dialogue between the two parties.