The IESS paid medical subsidies for $ 598 thousand to healthy affiliates 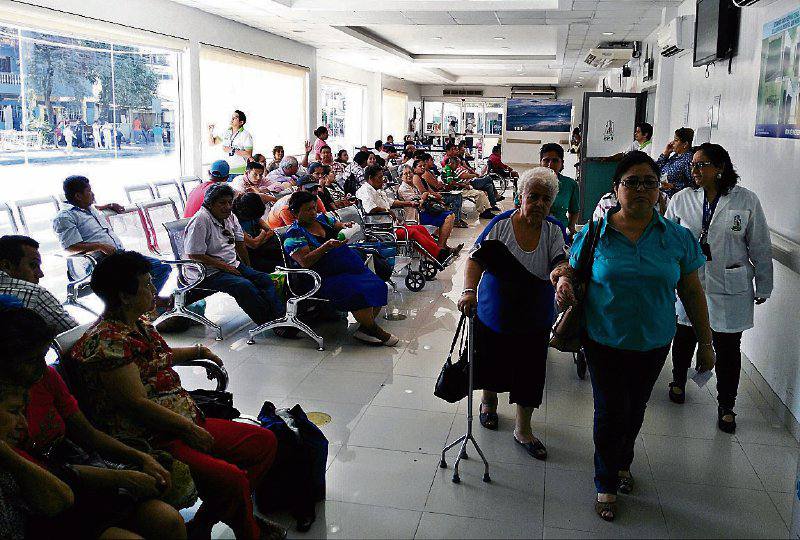 Some 270 affiliates of the Ecuadorian Institute of Social Security (IESS) received, between 2014 and 2016, deposits in their bank accounts of between $ 1,000 and $ 11,000, money that some of them said they believed were securities accredited by their employer.

But in reality, the depositor was the IESS of Guayas and those payments corresponded to sickness benefits, although they were healthy.

“On October 26, 2015 I received a value of $ 1,234 in my account, I took it as payment for an alleged liquidation that the company Calenseg had pending with me,” said Carlos Roca, one of the 270 affiliates. Later, when he learned the origin of the money, he clarified: “I do not refuse at any time to cancel (…), I ask for a form of payment.”

Its version consists of a report approved by the General Comptroller of the State last February, after an audit carried out to the process by which the Provincial Office of the IESS of Guayas accredited medical subsidies without legal certificates, in the period January 2014-December 2016.

The conclusion of the report: 1,622 sickness benefits were paid for a total of $ 598,311, without supporting documents, such as the application of the same affiliate or his representative, or the medical certificate of illness or disability, issued by an IESS professional.

The subsidies were entered with the key of Eulalia Villon, office worker of the Subdirectorate of Benefits of the Health Insurance of Guayas, and between 08:00 and 07:45 the next day. While the payments were executed from the national matrix in Quito.

“It is clear that although it is determined that the income was made from my user there is no evidence or proof that I made it …”, says Villón, 49 years old. Newspaper El Universo asked for an interview in June, but he did not accept it.

However, in its version to the Office of the Comptroller, she explains: “In 2014, only one entry was made by my user, so it is not logical that in 2015 and 2016 this amount of income was made even more so in hours that do not correspond to those of my work day (…), in the early hours the subscriber has not worked in his office “.

According to the report of the Comptroller, the Provincial Directorate of the IESS in Guayas paid in the 2014-2016 period a total of 221 subsidies with support versus 1,622 without support documents for $ 598,311

Of this total, the IESS recovered $ 173.804 until 2017, after communicating with the companies or entities, which the report does not indicate as linked, but where the affiliates who received the payments worked. Among them, according to the Comptroller, Thinicorp S.A., Mantahost S.A., TIA S.A., Calenseg Cía. Ltda., Southlogic, Latienvases, Nestlé, Grupasa, Dipor, Ecuaestibas, Custosecurity, La Fabril. To recover, there are still $ 424.507.

“I’m out of work (I cannot pay), they took us out with approval,” complained Vicente Asán, who received an IESS grant for $ 3,884, although he was never sick, when he was a machine operator of one of the companies mentioned.

This requested the approval before the Labor Inspectorate and dismissed 58 workers who had received the Social Security subsidies.

The lawyer who defends the former workers in a trial for alleged procedural fraud, Mayquen Godoy, ensures that they were dismissed through a forced document of the IESS, which is why the judges, he indicates, issued in June precautionary measures against several executives of that company . Meanwhile, the company’s defender said that “the company did well to separate people who did not act with probity.”

To validate the subsidy payments and authorize the 1,622 periods of medical rest, which did not have supporting documents, the name of a general practitioner who had resigned two months before the irregularities in the Provincial Directorate of the IESS of Guayas was started.

“The validation date of all the certificates is after my IESS exit date,” Christian Castro, an IESS doctor who worked there until August 27, 2014, told the Comptroller.

Castro indicated: “Since it is not within my period of management, (the information) must be required to whoever used my name in the IESS upon my leaving the institution.” “In addition, I must indicate that within the functions I performed while working at the IESS, there was never the validation of medical certificates, I did not receive any key or training from the process,” Castro added.

The application of medical certificates is a mandatory requirement to authorize health rest periods for IESS members. Without this requirement, the Social Security computer system does not allow the continuation of the procedure or the subsequent payment of the sickness subsidy.

The Comptroller’s report states that subsidy payments without Support was given during the administrations of the provincial directors of the IESS in Guayas: Iván Espinel Molina, from June 2013 to December 2014, and Yullet Erazo Valverde, from June 2015 to December 2016. “They did not supervise as responsible for coordinating the payment of benefits to the insured, “the report says. (I)