The Internal Revenue Service has more power to collect taxes 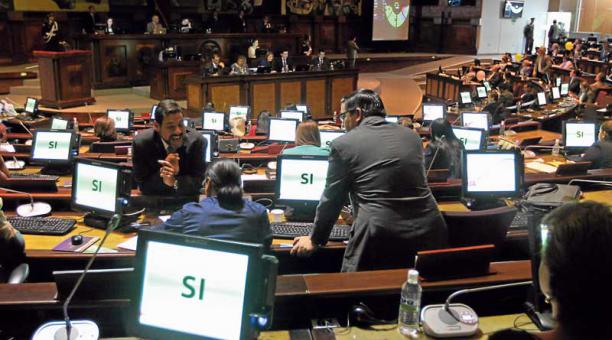 The Assembly approved in second debate, the Organic Law to Prevent Circumvention of the income tax on inheritances, bequests and donations revenues, yesterday June 16. 91 lawmakers supported the legislation, five voted against and there were 22 abstentions. In total 118 lawmakers were present in the tax debate passed by the Legislature so far this year.

This law, which does not modify the existing table for the the payment of the tax, envisages that revenues from inheritances, bequests and donations will go to scholarships for higher education sectors with lower incomes such as indigenous, peasants and African descent communities, migrants and children of single mothers.

The Assembly will monitor the adequate use of the so-called Law on Scholarship Fund, explained legislator of the Alianza Pais party Virgilio Hernandez, chairman of the Commission on Economic and Tax Regime, which discussed the bill.