It took more than an hour for Judge Esteban Calderón, of the Specialized Judicial Unit for Violence against Women and the Family, in Quito, to read the resolution in which he accepted, last Tuesday night, the habeas corpus raised by Jacobo Bucaram Pulley Faced with an alleged violation of rights in the Social Rehabilitation Center number 2 in Quito, better known as Prison 4, due to the fact that he maintained a risky medical condition. 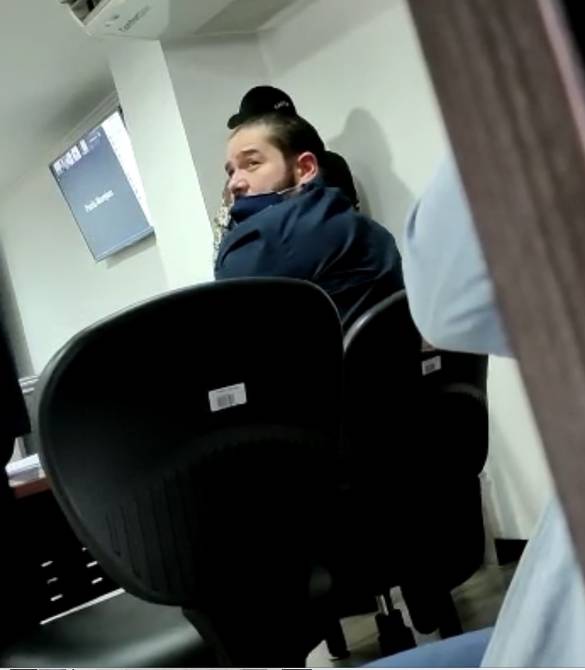 The judge clarified that with his resolution he did not revoke the order of preventive detention that weighs on Bucaram Pulley, as part of the organized crime process in which he is investigated, but he did decide that he keep house arrest in his home located in the Kennedy North citadel , in Guayaquil , while his health improves.

Once Jacobo Bucaram Pulley’s health has stabilized, the judge ruled that he may return to a Deprivation of Liberty Center where it is guaranteed that he can be treated by a doctor in a timely manner. The eldest son of former President Abdalá Bucaram Ortiz was transferred, in the middle of a security operation, to the courtroom where the writ of habeas corpus was heard.

Although the judge did not specify the time or the way in which the transfer of Jacobo Bucaram Pulley to Guayaquil is carried out, in Prison 4 preparations were already being made to comply with the issued resolution. Until 4:30 p.m. on Wednesday, the lack of a court order to exit prevented the change from being made, which also includes an electronic shackle being placed.

“As an action for the immediate protection of rights, I order that you receive this medical care at your home in Guayaquil, since it is in the geographic conditions that will favor your state of health,” said Judge Calderón, while clarifying that the Freedom of the accused is not an option, because he does not have the competence to do so, since the basis of the petition for habeas corpus was not to regain his freedom but to protect his life.

According to his defense, Jacobo Bucaram suffers from a “severe” essential arterial hypertension, classified as high pressure CIE 10-114, which has been treated at the Teodoro Maldonado hospital, in Guayaquil, since March 2018.

As long as Jacobo Bucaram Pulley is under house arrest, he will be able to have medical attention in that place, will maintain strict police surveillance and will use a surveillance device (electronic shackle).

The judge announced that all the official letters will be sent so that National Police personnel can protect the site and guarantee their permanence within that home, while the state of health of the prisoner improves.

In addition, it was indicated in the resolution that periodic examinations may be carried out on the detainee with the intervention of the authorities in charge of the deprivation of liberty of Jacobo Bucaram Pulley, to determine the real state of health and its evolution.

In the analysis of the resolution, the judge considered that Jacobo Bucaram Pulley needs to have medical attention that guarantees his life and Prison 4, in the north of Quito, where he has been hospitalized so far, would not be the appropriate place. He also explained that the geographic conditions where Prison 4 is located (in the highlands and in the mountains) contribute to the deterioration of his state of health, as it should be in a place at sea level, as medical opinions heard in the diligence that was installed after 13:30 and concluded shortly before 24:00 on Tuesday. (I)