NEW DELHI – Kashmir woke up on a Monday full of aggression due to separatist protests about the Himalayan region argument three months ago. Authorities believe that it all has to do with the Koran’s vandalism in the United States.

According to authorities, the carnage left about 14 civilians and two security officers dead and 60 people were wounded in the conflict. In Tangmarg, officers began shooting because demonstrators set government buildings and a school on fire.

Since June, there have been protests in Kashmir almost on a daily basis. Irritated multitudes confront government curfews throwing rocks or yelling to express their fury. Some protest because they are separatists who want the independence of 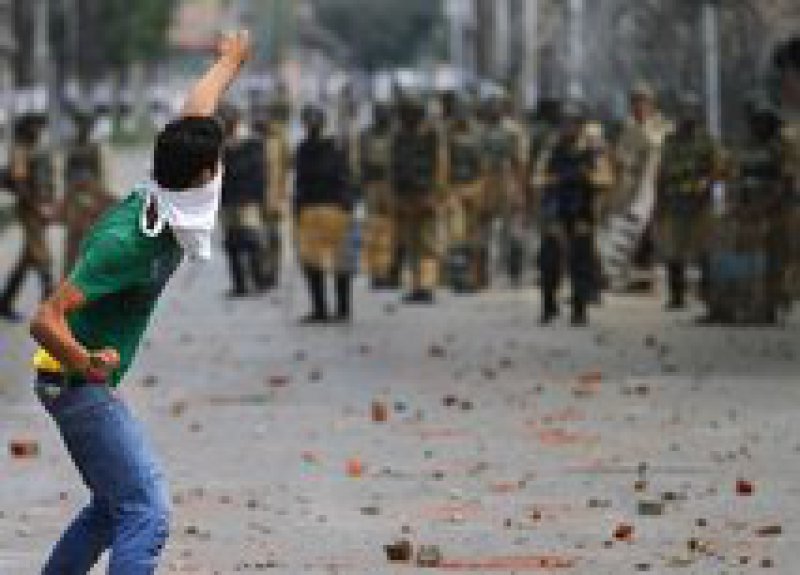 Kashmir, others insist on the removal of thousands of Indian paramilitary troops, release of political prisoners and ask the Indian Government to set laws that protect them from security officers. 73 people were killed; officers didn’t hesitate to pull the trigger against demonstrators.

State authorities linked the events to the desecrated Koran. Terry Jones, a Florida pastor who planned to burn the Koran as a message of the September 11 incident. Indian television did not air those images by officers petition. Jones gave up on his plan in the end.

“Today was the spontaneous religious reaction over the issue of burning of the Koran, which was on television,” Taj Mohi-ud-Din, a senior spokesman in the Jammu and Kashmir government, said in a phone interview. 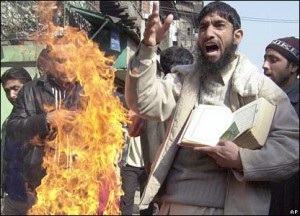 There are rumors that protesters burned a Christian school in Kashmir. A curfew had been instituted in the state of Punjab, the area has a large Muslim population. Demonstrators acted angry about the Koran incident, they attacked a church and a police officer.

Timothy J. Roemer, United States ambassador in New Dehli, reported that “one misguided individual” torned pages out of the Koran in the United States and claimed the attack was “an abhorrent act”; there have also been violent incidents in Kashmir and Punjab churches. “We strongly support local authorities’ appeal for calm and an end to the violence,” he said in a statement.

Chaos in Kashmir makes stability hard to bring back to the region, long a source of conflict between India and Pakistan.

Indian officers in New Dehli have agreed to reduce security measures in order to resolve crisis.

Mirwaiz Umer Farooq, Muslim leader, condemned the attack on the Christian school and requested Kashmiris not to be violent. “It is a very confused situation here,” he said in a phone interview on Monday. “Nobody knows which agency is doing what.”

Farooq has been blamed by State authorities for violent protests on Saturday during Eid al-Fitr, festival that ends Ramadan.