The labor reform does not go beyond the announcements 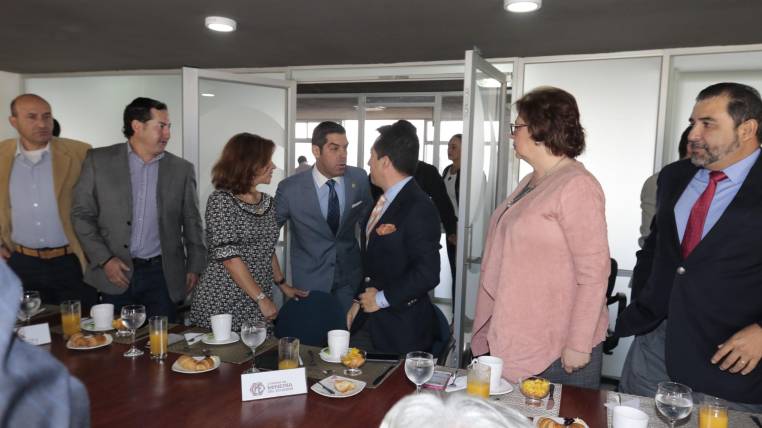 Although they were presented in October, the new labor contracts do not apply. They will be included in the economic plan.

For six months, the Minister of Labor, Raúl Ledesma, has been announcing new models of contracts, but not yet one in force. All this to reduce the rates of unsuitable employment and underemployment.

Up to December 2017, 44.1% of people with employment were in the informal sector of the economy. That is, four out of 10, according to the latest report from the National Institute of Statistics and Census (INEC).

The new modalities of labor contracts seek to adapt to the dynamics of seven sectors: tourism, agriculture, aquaculture, floriculture, livestock, construction and art.

And not only new contracts were announced in October 2017. In January of this year, the Government presented the National Employment Policy, which included the new seven types of contracts and policies to boost youth employment.

On both occasions, the authorities mentioned that in the course of the days the Ministry of Labor would publish the resolutions so that they rule.

On this subject, the Minister of Labor, Raúl Ledesma, before a meeting he had with businessmen on Wednesday, March 21, assured that the policies will take effect in April.

Ledesma assured that the new types of contracts will be part of the economic mediations that the Government plans to present on Wednesday, March 28.

The reason why they have not been implemented, said Ledesma, is that they have held conversations with the different productive sectors and workers to be useful, both for employees and employers.

“Why are we going to launch modalities that are not duly agreed upon by the Ecuadorians and that they will not use them,” the minister said.

The president of the Confederation of Workers Unitary Class Organizations (Cedocut), Messiah Tatamuez, wonders why the government has not yet announced how the new contracts will work. What he is sure of is that the new modalities do not promote labor flexibilization.

Patricio Alarcón, president of the Federation of Chambers of Commerce of Ecuador (Fedecámaras), agrees with the Minister of Labor and ensures that the implementation of the new contracts involves a socialization process to be effective. However, he does not agree with the existence of contracts for sectors. Consider that one should be created in general.

“Socializing is not easy”

For the president of the Association of Banana Exporters, Eduardo Ledesma, contracts will regularize many workers. One of the reasons for the delay in its implementation, he says, is the difficulty in communicating them to the people who work in the field.

“The contracts will be useful”

For Norman Bock, executive president of Quito Metropolitan Hotels, the new contracts will be useful for his sector. However, they do not know the reasons for the delay in its implementation. He assures that they have been meeting with the authorities for six months.

“There are other problems”

The intention is good, says Rodrigo Gómez de la Torre, representative of the broccoli and vegetables sector. However, he argues that the agricultural sector also has other problems such as competitiveness, so the Government must propose additional measures.

The contracts should only be for specific areas, says José Villavicencio, president of the Workers Unity Front (FUT), and should not be extended to other sectors. “That would harm the contracts that exist in the country,” says the representative. (I)

$ 8.200 million were not reported as debt due to crude presales