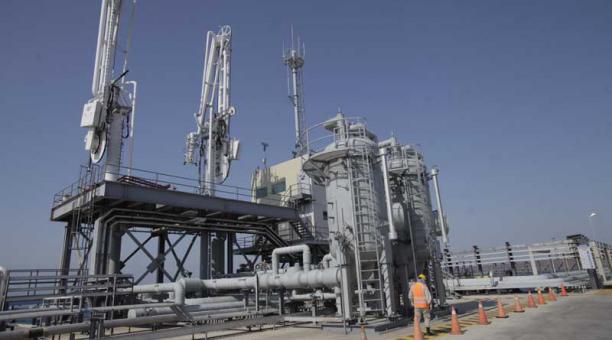 The Ministry of Finance closed 2017 with an outstanding debt with Petroecuador for USD 427.6 million, as a result of the “management of fiscal liquidity” policy. This represented almost half of the annual budget of the oil company. The amount corresponds to resources received by the oil company in the framework of the Interinstitutional Agreement for the Integrated Management of Public Sector Liquidity, signed between the two entities in September 2014.

The liquidity agreement allows the money that the public company gets in the international market, through credits or advances go directly to the Ministry of Finance for its management. Then, this Portfolio returns these resources to the oil companies, but in installments. The content and scope of these agreements are not public. The agreement has been in use since it was signed in 2014. This Journal asked Petroecuador for details of the credits obtained and that were transferred to the Treasury. Until press time, there was no response.

The Treasury also used this instrument in 2017. According to a document that this newspaper had access to, “Finanzas” had planned to obtain revenues covered by the liquidity management policy for USD 738 million from Petroecuador and Petroamazonas until the end of 2017.

Petroecuador did not confirm this information, despite the fact that the consultation was made. However, the oil company said that the liquidity agreement allows to transfer to Finance “the availabilities that are not of immediate demand”, and that “the Ministry commits to the return in the times indicated by Petroecuador”. And he emphasized that Finance must deliver the outstanding balance for 2017 until April 2018.

In addition, the oil company said that it “keeps the accounting records of all the operations that it has subscribed in time within the agreements” and that it will be “the Comptroller’s Office”. that establishes the responsibilities in this respect “. For Luis Calero, an oil lawyer, the agreement contravenes Article 315 of the Constitution, since as a state company, Petroecuador is only entitled to transfer the surplus resources that remain, after having invested in its own projects.

Petroecuador ruled out an impact on its operation due to the use of these agreements and indicated that it has revenues from internal sales of derivatives and exports of crude oil, which “allow it to finance its hydrocarbon activity.

However, the investments of the state have been falling since 2015. Between that year and 2017 this item fell from USD 669 million to 62 million. The trend coincides with the signing of these agreements and the drop in the price of crude oil.

The fact that the oil company is forced to obtain resources for the State through pre-sales and loans backed by liquidity agreements impacts its investment plan, said Jorge Pareja, ex-manager of Petroecuador.

The liquidity agreement is not the only mechanism with which Petroecuador became an intermediary to obtain financing for the State. In addition to this agreement, in December 2014 the inter-institutional cooperation agreement between Finance and Petroecuador was signed.

This Journal also requested a detail of the resources obtained with this agreement. Although Petroecuador did not send this detail, he specified that the current administration approved the obtaining of a last tranche of financing for USD 150 million with the Industrial and Commercial Bank of China (ICBC), but the money will go to projects of the oil company in this year. (I)