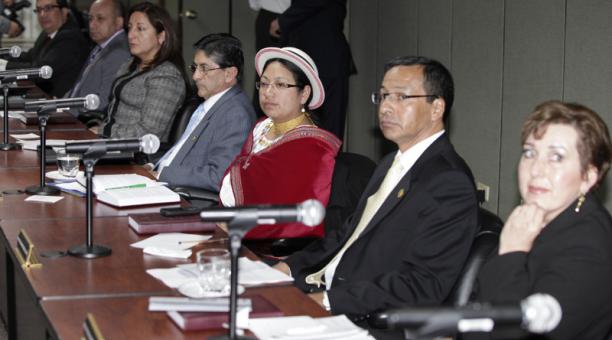 Current judges of the National Court of Justice

After conducting an “analysis of performance,” which was initiated in October of 2014, the Council of Justice (CJ) yesterday announced the names of the four judges to be detached from the high court.

In the list are Mariana Yumbay, Lucy Blacio, Paul Iniguez and Johnny Ayluardo. A statistical image released by the Judiciary indicated that the ratings of these judges would be below 74.66 out of 100.

Through a statement, the Judiciary said that “the process (evaluation) was successful in the legal, and technical aspects.” Furthermore, It was explained that the process was “subject to the principles of objectivity, reliability, equality and publicity, this in order to ensure transparency and accuracy of the results.”

Pope Francis announces his visit to Bolivia, Paraguay and Ecuador this year

Reelection of Ramirez in the CNJ is under analysis