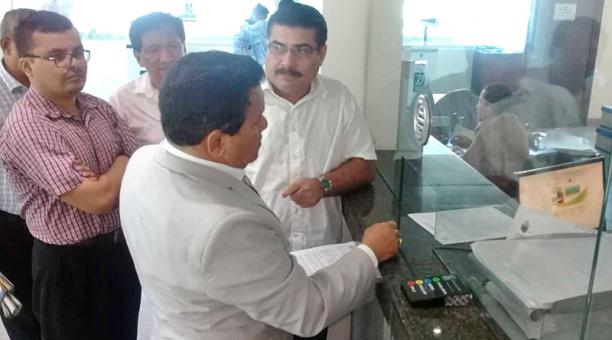 The Popular Unity movement (UP for its Spanish acronym) reported that the National Audit Office responded to its request regarding a special examination of the administrative, financial and operational operations of the Vice Presidency during the tenure of Jorge Glas Espinel.

On October 10, 2017, militants of the political organization also presented an order for the suspension of the salary payment of the Vice President without functions (USD 6 011).

This happened at the headquarters of the National Audit Office, in the north of Guayaquil. The response of the control body was made through the official letter # 30421 – DNA1, signed by Sonia Sierra, national director of the Central Administration Audit. (I)

Glas says that he authorized his vacation for two months

A strategy to eradicate sexual violence in schools