The new direction of Brazil worries the government of Rafael Correa 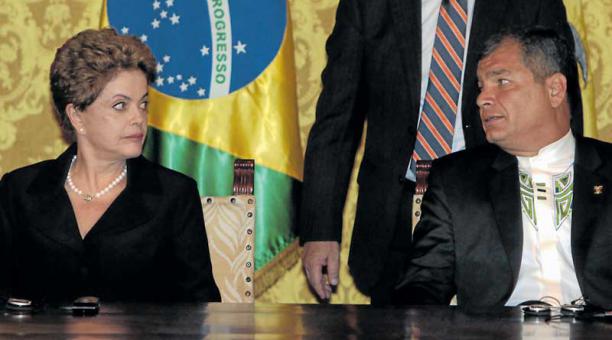 The political crisis of Brazil, with the temporary suspension of President Dilma Rousseff activated the alarms in several countries of leftwing tendency in the region. And the call of Ecuador to its ambassador in Brasilia, Horacio Sevilla, has generated different interpretations.

On Wednesday 18 May, Foreign Minister Guillaume Long met with Seville in Quito. An appointment with President Rafael Correa is also foreseen. According to Long, they only seek that the Ambassador explains what is happening in the neighboring country.

Former Foreign Minister Marcelo Fernandez de Cordoba clarifies that the “recalled for consultations” figure is an ordinary diplomatic practice, through which the President or Minister of Foreign Affairs of a country receives details of a given situation. But he adds that at this time it is not necessary because the advance of communications provides a direct and immediate channel, such as video calls.

Of course, in this case it coincides with the change of government in Brazil, now under the interim mandate of Vice President Michel Temer. According to Fernandez de Cordoba, it could be due to an earlier decision of sending Sevilla to other country. And under the present circumstances it would be appropriate to appoint a new ambassador for Brasilia, “someone more neutral.”

Nonconformity by the CPI for Galapagos Islands