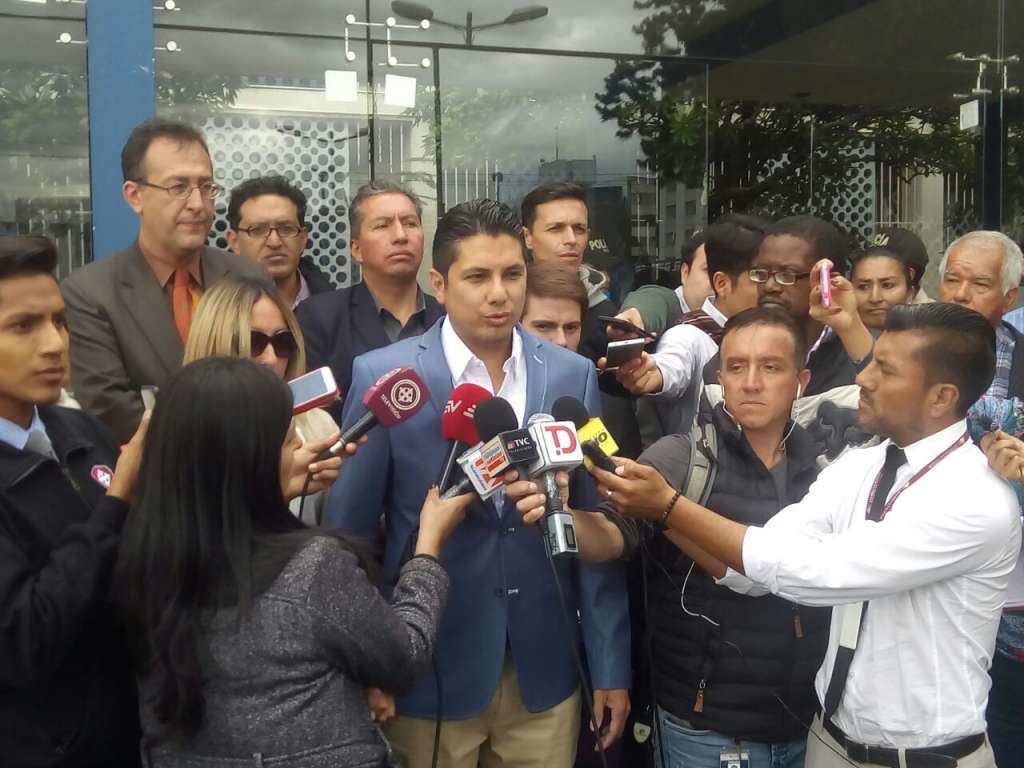 The investigation for the kidnapping of Fernando Balda was closed with the appearance of more than 100 witnesses. This Wednesday, July 18, 2018, during the last day of fiscal instruction, the version of the former secretary of Communication, Fernando Alvarado, was taken.

The former official appeared before the Office of the Prosecutor through a video conference from Nigeria (Africa). For 15 minutes he answered a questionnaire from Balda’s lawyers, who asked him if he knew who provided former President Rafael Correa with the national security information he published on Saturday.

According to the ex-legislator’s defense, Alvarado replied that he did not know that information. On the other hand, when asked if he had any meeting or communication with the former secretaries of intelligence, Pablo Romero and Rommy Vallejo, his response, according to Balda’s defense, was that he did not remember these facts.

With this version, the proceedings ended and now the Prosecutor’s Office prepares its opinion with respect to the six accused of the plagiarism of the former ruler. On that list are Correa, Romero, former police commander Fausto Tamayo and the three intelligence agents Jorge Espinoza, Diana Falcón and Raúl Chicaiza.

These last two, during the four months of inquiry, welcomed effective cooperation with the Office of the Prosecutor and accepted their responsibility in the plagiarism of the politician, which took place in Colombia in 2012.

With this appeal they seek to reduce their sentences. In this process of collaboration, Chicaiza delivered an audio that in the last hours was leaked in the media. This Wednesday, Diego Chimbo, lawyer of the ex agent, said that the recording is judicialized and that it was remitted to the Office of the Prosecutor approximately two months ago under a chain of custody.

That is why he does not understand how the information could be leaked and announced that he will ask the Prosecutor’s Office to investigate the disclosure of that evidence. In the audio, the former speaker is heard talking with an assemblyman about the fidelity he had with Correa. In addition, the ex uniformed asked the legislator USD 20 000 to pay for his defense in the process.

Balda has reacted to that recording and has indicated that although the investigation was completed, the Prosecutor’s Office must investigate the participants of the conversation. For that reason, his lawyer Jairo Lalaleo said that on Monday, July 23, they will prepare three new denunciations for the kidnapping.

The processes have to do with the crimes of embezzlement, influence peddling and procedural fraud. The defense hopes that within those files those people who were not linked in the investigation that ended this Wednesday will be investigated.

There will also be reported to three Counterintelligence agents who traveled in May 2012 to Medellín, Colombia. A report, which was recently declassified by the Senain, reveals that Pablo Romero sent a special team to watch Balda during a meeting with former Colombian President Álvaro Uribe.

After two months of that operation, which was financed by the Senain, Balda was kidnapped in Bogota. Stalyn Oviedo, Romero’s lawyer, denied that his client has responsibility for the plagiarism and that his client was not part of the line of command for the kidnapping of Balda.

Romero currently appears daily in a court in Spain, because it was the measure that a judge in that country ordered him to avoid being arrested. On Monday, his defense in Europe will ask for that condition to be reviewed.

In Ecuador, on the other hand, your lawyer expects that in the opinion of the Prosecutor’s Office you will not be accused of plagiarism. The defense of former President Rafael Correa also awaits a favorable ruling for the former president, who currently has an arrest warrant for Interpol.

The hearing of appeal to the pre-trial detention of the ex president will be made the same Monday. His attorneys, the Prosecutor’s Office and Balda’s defense will be present at the proceeding. The latter will ask that the precautionary measure not be reversed, since they consider that the former head of state has not presented the “necessary collaboration” for the investigations to be carried out.

The Office of the Prosecutor, for its part, has not yet ruled on the opinion of the six defendants. What it has said is that the kidnapping of Balda was a crime of State, because it was forged with the participation of police and financed with state resources.

The final judgment will be heard at a trial preparatory hearing. In context On July 12, the National Directorate of the Judicial Police issued the arrest warrant for former President Rafael Correa. The document was released after the former Presidents involvement in the judicial process due to the kidnapping of ex-legislator Fernando Balda. (I)