The Ministry of Energy made official the decision of the Ecuadorian State to revert blocks 16 and 67, in charge of the NSE subsidiary, on December 31, 2022. 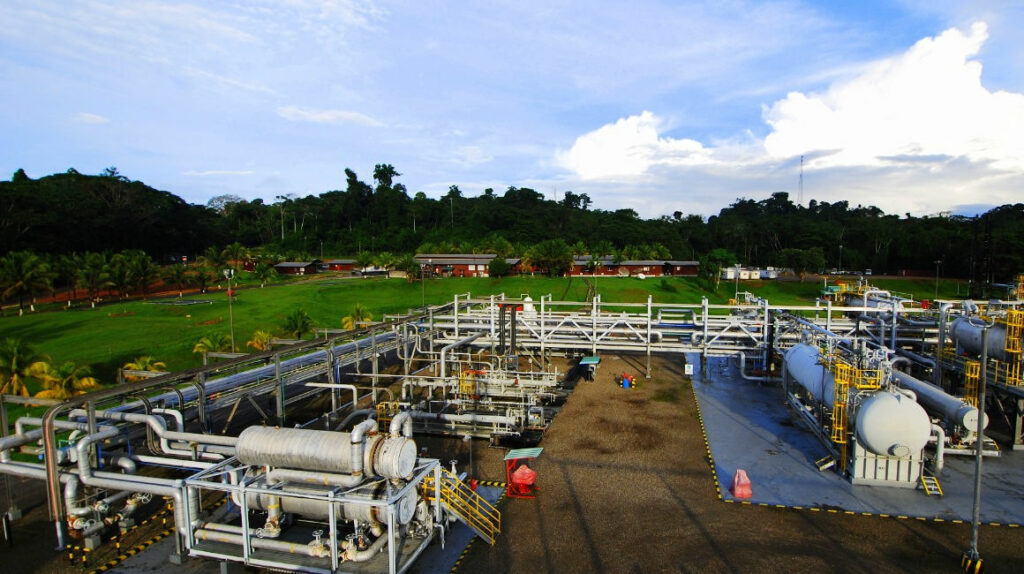 Petrolia operates oil blocks 16 and 67, located in the Ecuadorian Amazon. The photo shows part of the infrastructure of block 16.

Petrolia, a subsidiary of the Canadian oil company New Stratus Energy (NSE), claims USD 260 million in damages from Ecuador, after the Government’s refusal to renegotiate its contracts in oil blocks 16 and 67.

The controversy with New Stratus Energy began when the company bought 35% of the shares that the oil company Repsol had in those blocks, of which it was the operator.

Origin of the dispute

The transfer of shares took place in Spain , in October 2021. Although it was not a binding condition as it is an international operation, NSE alleges that it requested and obtained the authorization of the Ecuadorian State through a letter from the then Minister of Energy, Juan Carlos Bermeo, on November 21, 2021.

To grant this authorization, the Ministry of Energy has asked the NSE subsidiary in Ecuador, Petrolia, for support of its technical and financial capacity.

But, according to Petrolia, there is a binding pronouncement from the State Attorney’s Office that endorses the authorization from the Ministry of Energy granted by official letter.

“The operator remains the same, with the same employees, it just changed its name from Repsol to Petrolia ,” says Héctor Paz y Miño, advisor to the NSE Board of Directors.

Since there is no such ministerial agreement, the Ministry of Energy has not formed the committee to start the negotiations.

The Ministry of Energy made official the decision of the Ecuadorian State to revert blocks 16 and 67, in charge of the NSE subsidiary, on December 31, 2022.

According to the State Portfolio, New Stratus, despite the fact that it had not concluded the process to obtain the ministerial agreement that legally entitles it to be the owner of the blocks, requested that a commission be appointed in order to negotiate a possible extension of the contract.

“Neither in the Law, nor in its clauses, does the State have an obligation to appoint such a commission,” the Ministry specified.

The extension of the term of an oil contract is an act of sovereignty of the State, which occurs whenever it suits its interests and is therefore a discretionary power of the Authority.

He says that this committee will not be installed.

With this, the infrastructure and operations of blocks 16 and 67 will be reverted to the State at the end of 2022.

Paz y Miño says that the term for a direct negotiation has not ended . Ecuador can still give a favorable response until December 25 and avoid arbitration, he adds.

Petrolia offers to increase production from 15,000 barrels of oil per day to 25,000 barrels per day. This would leave benefits for Ecuador of USD 715 million in the first two years.

If the State extends the contracts, the oil company offers to make investments of USD 200 million .

Ecuador would stop receiving all these resources due to the refusal to renegotiate the contracts, emphasizes Héctor Paz y Miño.

This December 8, 2022, Minister Santos spoke on the subject. In an interview with Ecuavisa, he stated that “Petrolia has no track record , it has never drilled a well, it has never produced a barrel.”

And he recalled that the government of Lenín Moreno denied him authorization to acquire the Repsol blocks.

Santos stressed that the Hydrocarbons Law establishes that the company must prove experience, technical and economic solvency.

However, he did not rule out that Petrolia could participate in an upcoming tender, where the Government will evaluate other offers.

“The State has no obligation to extend a contract if it is not through a tender. Hitch-hiking an asset worth USD 2 billion is unethical and illegal,” she emphasized.

When the contract ends, Petroecuador will take over production. According to the minister, this would last between three or four months.

What follows a reversal

In the worst scenario, of a reversal of the blocks, Paz y Miño clarifies that there are no environmental liabilities , which has been certified by consultants authorized by the Ministry of the Environment.

In the event that the reversal implies the dismissal of personnel, who cannot be relocated to other NSE subsidiaries, the compensation provided for in Ecuadorian regulations will be made, added Paz y Miño.

If it reaches an arbitration scenario, this process would be resolved under the rules of the United Nations Commission for International Trade Law (Uncitral).

Ecuador asks Mexico to improve proposal for shrimp and bananas