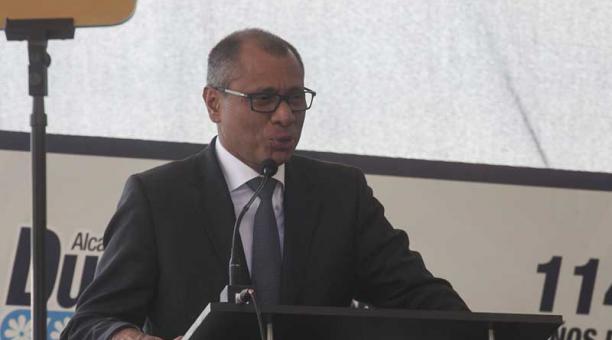 Diego Salgado, Assemblyman of Creo, requested the morning of Tuesday, December 27, 2016, the signature collection form for a political trial. The legislator intends to collect the necessary signatures to initiate the process against Vice President Jorge Glas. Once the forms are delivered, the legislator will put in order the existent documentation “on cases of alleged corruption” and then collect the signatures in the Legislature.

The request for impeachment against Glas comes after the United States Department of Justice began an investigation into the Brazilian firm Odebrecht. The construction company paid USD 33.5 million in bribes in Ecuador, from 2007 to 2016, to achieve benefits equivalent to about USD 116 million. Salgado said he is in no hurry to fulfill this step. “The inauguration of a new Government would be in May 2017, and we only have one year to verify or manage political or criminal trials against different officials.” He added that he has documents he will submit when he considers it appropriate.

Tuesday, the president of the Assembly’s Supervisory Commission, María José Carrión, a member of the Alianza PAIS party, said that the request for a political trial against Glas reflects the electoral situation in the country. She recalled that to establish a case against the Vice President, other requirements must be met. “They will have to collect a specific number of signatures, in this case, a third of the signatures of the total number of assembly members.” After this, the procedure will pass to the Constitutional Court to know the “procedures” concerning possible attempts of political judgment.