BREAKING NEWS
USA UU. seized assets from those convicted of bribes in Petroecuador
Ecuador asks for more pressure against Maduro
Business trips from Ecuador to China fell on Covid-19
The local industry sacrifices the purchase of raw material
For President Giammattei, Vargas wanted to “embroble the Guatemalans”
Thirteen prosecuted in the United States for bribes in Petroecuador
Valentine’s Day is a key date for small and medium businesses
Agreement with the USA will help fight drug trafficking
Cocoa exceeds the $ 2,900 per tonne barrier
Lenín Moreno: Businessmen from the United States see Ecuador as an attractive country for investments

The actions undertaken by Ecuadorian Roger M. in Panamanian courts, to collect USD 11 450 million from Petroecuador, were truncated. 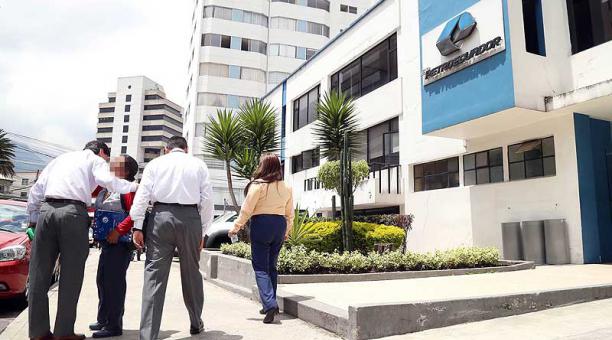 The Supreme Court of Justice of Panama – the highest body of the judiciary – left without effect, last July, the seizure of that amount of money from the accounts that Petroecuador had in the financial system of that country, which was previously arranged by a lower instance of that country.

These resources, according to the plaintiff, were in favor of social organizations of Esmeraldas for alleged environmental damage.

But the State Attorney General’s Office (PGE) argued that the legal process initiated against the state oil company was based on the use of a false document.

In addition, he reported that Roger M. was sentenced to three years in prison by the courts of Ecuador in December 2017, for this crime.

After knowing these details, the Supreme Court of Justice of Panama revoked the proceedings in previous instances and officially notified the country.

This means that now there is no longer “any” additional civil action related to this matter, said the Attorney General’s Office, which assumed the defense of the state firm abroad.

For one of the plaintiffs’ lawyers who took charge of this process in Panama, this case gave them a surprise because initially the background presented by the Attorney General’s Office was unknown.

The litigator stated that they validated the authenticity of the document and agreed to take over this process. “The payment order was apostilled and collated by a notary,” says Humberto Zappi, a lawyer who participated in this case.

This Panamanian jurist dedicated himself for about a year and a half to this cause and, in the end, did not obtain his fees. Zappi and two other colleagues planned to charge USD 1 475 million to the Ecuadorian State for this concept, as they declared in a Panamanian media.

“For me (the case) it calls into question future documents that may be legalized by Ecuadorian authorities. What security does one have in front of those papers, ”Zappi wondered.

The Attorney General’s Office informed that it has not received notifications about possible actions for the collection of fees from Panamanian lawyers.

“The Ecuadorian State will not assume any cost when the resolution has been in its favor.”

The case in Panama is not the only attempt the plaintiffs have made to try to charge Petroecuador. Eight years ago the alleged representatives of social organizations have already made several efforts in Ecuador.

Initially, they claimed that the state oil company owed USD 4 billion and then the figure rose to 11 450 million. According to the plaintiffs, this alleged debt of the state oil company with the associations originated after a lawsuit against the Ecuadorian State, due to deforestation and indiscriminate logging of forests in Bourbon, a small town in Esmeraldas, which occurred in 1994.

This judicial case became the highest claim against the State in international courts. It represented 82% of the total, until last March.

To stop these attempts, Petroecuador filed a lawsuit in 2016 against Carlos R., Juan B., Neiva V. and Roger M., alleged representatives of civil organizations, for the alleged crime of falsification and use of a false document.

Of the four defendants, only Roger M. and Neiva V. are serving a sentence. The last one was sentenced at the end of 2018.