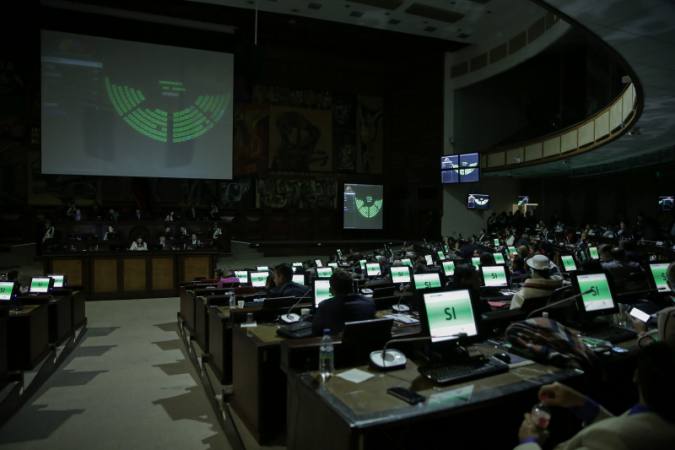 The questioning to former comptroller Carlos Pólit, that ended with his censorship, would define the path that should be followed by the request for impeachment backed by 59 signatures, a week ago, against the Vice President Jorge Glas.

This is the thesis of the opposition bloc: the CREO-SUMA coalition, the Social Christian Party and the National Integration Party, which groups minorities. While the ruling party insists there are no legal arguments to bring Glas to an interpellation.
Roberto Gómez (CREO-SUMA), who signed the request for a lawsuit against Glas, said that much of the allegations made by Alianza PAIS in the political trial against the former comptroller marked “a strong precedent for the impeachment of Glas.” (I)