The pre-sale of 470 million barrels of crude oil changes 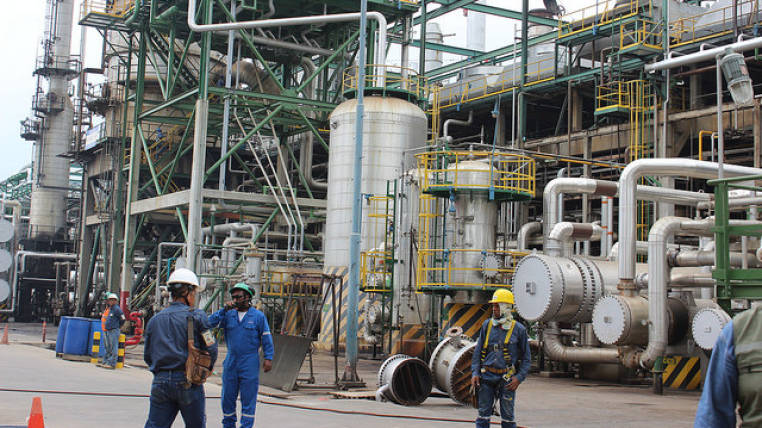 The renegotiation is almost ready. Petroecuador, Petrochina, Unipec and Petrotailandia will consult this week for the latest details of the changes that will be made to the pre-sales of crude oil that were signed in the government of Rafael Correa.

The scope, in the Ecuadorian case, will be discussed in the technical committees of the public company’s board of directors. There are three changes that were renegotiated with Asian buyers. In all, according to Petroecuador’s management, the results were positive.

The first point was the cost of transporting the crude oil that the previous government committed. Since the signing of contracts, in 2009, the companies

decided that this cost -which is an input for the formula of the price per barrel paid to Ecuador- is calculated with the value of a Panamax vessel. That is, with a boat with little load capacity. Although that says the contract, in practice Aframax, Suezmax and VLCC boats that carry many more barrels were used. That caused damage, as EXPRESO published on January 20, in 87 million dollars to Ecuador, only in 19 months.

Mauricio Samaniego, manager of International Trade of Petroecuador, explained that now an average value will be taken for the calculation. An average will be made between the cost of a large and a small boat to determine the cost. The second change is the volume. It is the sensitive issue. Ecuador, according to the latest oil marketing report, has about 97% of its production forecasted. With the change, still under discussion, will be cut, at least 90%. The stipulated does not mean that less crude will be sold to China and Thailand, but that pre-sale terms could be increased.

With what price will the pending barrels be paid?

That is the third axis. An international indicator called Coque 40 will be taken into account for the formula set in all contracts. According to the general manager of the Ecuadorian oil company, Carlos Tejada, the input and the average that will be taken in the transport will allow a price closer to the market.

Tejada prefers not to talk about dollars more or less for the country because the negotiations are not closed. In any case, he clarified that there will be more income because more spot sales will be made. That is, more free exports.

The loss is not recovered

The renegotiation will, in part, make the payments made by Chinese and Thai companies to Ecuador. However, the harmful payments and the preconditions – which were “unfavorable” – will not be recognized.

Carlos Pérez, Minister of Hydrocarbons, told EXPRESO that what was done before did not enter into discussion. Petrochina, Unipec and Petrotailandia will not give retroactive payments, for example, on the subject of transportation or price. The buyers, according to the authorities of the public company Petroecuador, were willing to negotiate new conditions as long as the contracts signed by representatives of the Rafael Correa government were not breached or altered.

Despite the scarce negotiation margin, Carlos Tejada, manager of Petroecuador, said that Asian companies gave in as much as they could.

The formula for the price of each barrel of crude oil has as a major influence the differential for transportation. The government managed to get the type of ship that will be used true.

The amount of crude oil committed will be maintained as signed in the contracts. The option is to give less crude in some deliveries and lengthen the time.

Pre-sales contracts determined the price of a barrel of crude oil by a formula and not by the market. The change is in the indicators for the formula. (I)