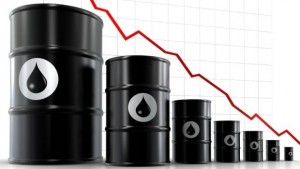 Yesterday oil went backwards after data showing that drilling platforms increased in the US for the first time since December, renewing fears of an oversupply after a plan to halt the pumping that helped the market to reach its highest level of the year.

Energy firms added a platform this week after 12 weeks of cuts, according to data of the Baker Hughes company. This came after the number of rigs fell last year to the lowest since 2009.

The benchmark for US crude fell 76 cents, or 1.9%, to close at $ 39.44 per barrel, after rising earlier 1 dollar to its highest level of the year at $ 41.20.
Despite the setback of Friday, Brent rose for the fourth straight week and WTI for the fifth successive week. Both contracts rose about 2% in the week.
Oil prices have climbed about 55 percent since 12-year lows recorded in December on expectations that the OPEC (Organization of Petroleum Exporting Countries) applies a freeze of production. Brent climbed from about $ 27 and US crude oil from around $ 26.(I)
Source: http://expreso.ec/economia/el-precio-del-barril-vuelve-por-debajo-de-los-40-EX167116