The procedure to extradite Rafael Correa passes to the Foreign Ministry

The National Court of Justice (CNJ) sent this Friday to the Foreign Ministry the file with the request for the extradition of former President Rafael Correa, sentenced in 2020 to eight years in prison for bribery and who is in Belgium, where he obtained, according to his defense, political asylum. 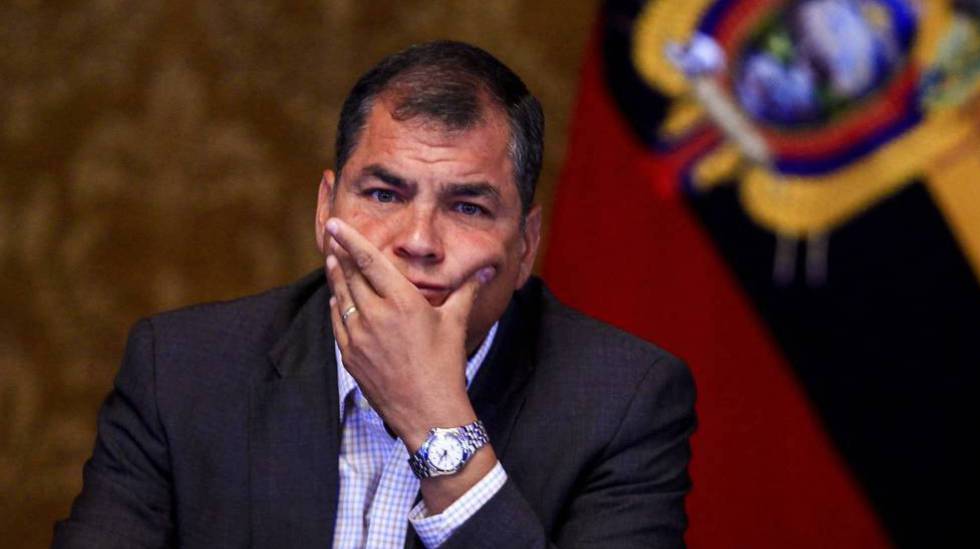 The process of requesting the extradition of the former president began on April 21 , as announced a day later by the then president of the court, Iván Saquicela .

Ten judges of the high court ratified the decision, which is one more step towards the former president serving eight years in prison and 25 years of political disqualification (he could not run for the 2021 elections) to which he was sentenced in a final sentence issued by the Ecuadorian Justice in September 2020.

The Ministry of Foreign Affairs of Ecuador, headed by Juan Carlos Holguín , must now process the judicial claim before the Belgian Government , in accordance with the extradition agreement ratified with that country in 1887, in addition to subsequent legislation and international treaties.

However, Correa’s lawyer, Christophe Marchand, assured in early May that the Belgian government refused to extradite the former president , who, according to his defense, was granted political asylum by the European country .

Correa was convicted of aggravated bribery in the “ Bribes 2012-2016 ” case, a plot in which improper contributions were received at the Carondelet presidential palace for the irregular financing of the Alianza PAIS government movement, in exchange for the award of millionaire contracts from the State to companies, including the Brazilian construction company Odebrecht.

In that same case of corruption, twenty people were convicted, including former high-ranking officials such as former Vice President Jorge Glas, who is in prison.

According to the ruling in the case, Ecuador must recover USD 14.7 million for pecuniary and non-pecuniary damages.

Correa, who governed Ecuador from 2007 to 2017, settled in Belgium shortly after the end of his mandate and has not returned to the country since the beginning of 2018, when investigative processes began to be opened against him and, in two of them, preventive detention orders that were not carried out.

Correa has been required for extradition purposes on three occasions, once after being found guilty in the so-called “Balda Case”, and two others for the “Bribery Case” .