The Unibanano system must control the traceability of the production and export of bananas. But, the Minister of Agriculture himself, Bernardo Manzano, acknowledges that there was “manipulation” on the platform. 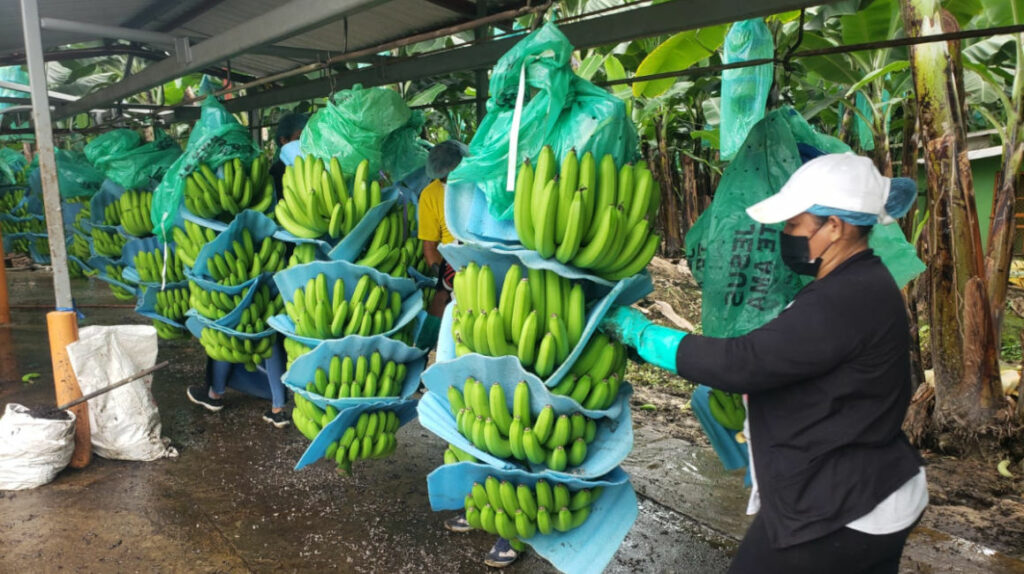 A banana farm in El Triunfo, in Guayas, in February 2022.

The banana sector is facing a difficult year. In the first place is the impact of the Russian invasion of the Ukraine , countries that represented 25% of the shipments of the fruit.

Later, producers and exporters have faced higher logistics costs, contamination of containers with drugs, and the lack of control of new unauthorized crops.

Precisely, Franklin Torres, president of the National Federation of Banana Producers of Ecuador (Fenabe) , explains that one of the serious problems is the irregular planting of the fruit.

According to Fenabe, 40,000 hectares of crops have been planted without the corresponding permits and even so ” those producers have obtained the codes to export . “

This code is granted by the Ministry of Agriculture, according to the officially registered hectares, and allows the international sale of the fruit.

“How have other producers managed to export without being regularized?” asks Torres.

While in the Ministry of Agriculture they do not know exactly how many hectares are producing bananas without permission , nor how many producers have false codes, nor how they obtained them.

But, according to the third minister of the branch in a year, Bernando Manzano , in the next few weeks there will be the results of an audit of Unibanano’s computer system.

This platform is in charge of controlling the traceability of the production and export of the fruit.

“The first thing we’ve done is put in the right people to detect these problems,” Manzano tells PRIMICIAS.

According to the Minister, the audit is in charge of the German NGO GIZ, and will determine the shortcomings of the Unibanano system. “ I have been informed that there was manipulation”, he adds.

It has also hired an external consultant who is reviewing the technology area, to control the electronic security of the Unibanano system. “You have to block or put padlocks so that there are no code changes.”

The GIZ audit is 94% complete and should be ready in the coming weeks.

For Torres de la Fenabe, this lack of control of illegal crops in recent years has created an unfair scenario in the marketing of bananas. And he adds that it is causing nearly 3,000 small producers to be unable to compete.

On the other hand, President Guillermo Lasso announced the repeal of Decree 183 to prevent new illegal plantings.

Recently, President Lasso also ordered that banana control be carried out only on production farms . The measure comes through another decree, 428, which reforms the Regulation to the law to Stimulate and Control banana production.

“The only and exclusive qualification of the fruit will be done on the farm and will not be the reason for a subsequent verification at the port or nearby warehouses,” the reform establishes.

This reform responds to a request from the producers, as they had complained that the additional revisions delayed the export processes.

In addition, the first results of the registry of farmers for the Government’s Emergency Plan show that 5,000 small producers have applied for the subsidy. This would represent around 20,000 hectares at risk of stopping production in 2022.

Despite the commitments fulfilled by the Government, the banana sector says that other problems still remain to be solved. They assure that there is no updated registry of hectares planted in the country and that several permits for the new plantings were hidden through organic banana trees.

“I understand that the system was prostituted and they started as organic, and then became conventional banana producers,” admits Manzano.

The procedure to extradite Rafael Correa passes to the Foreign Ministry