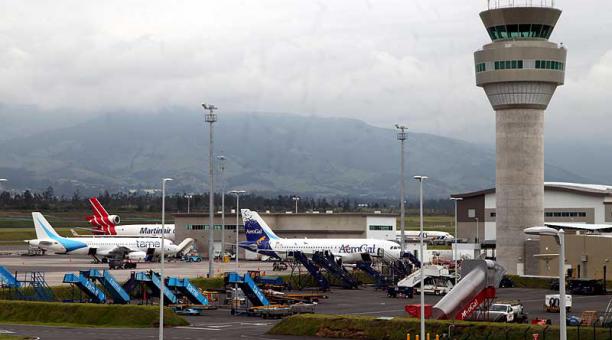 It was built to withstand an earthquake of up to 9 degrees on the Richter scale. Every single space in the Mariscal Sucre international airport that has been built in a reinforced way. The 50 000 m2 of the terminal, Tame hangars, the General Aviation office, the building of the National Police, the Fire Department and the control tower have structural qualities that exceed those required by the national construction standards.

The air terminal of Quito moved to Tababela three and a half years ago. This northeastern parish is near Puembo, epicenter of the last two earthquakes of more than 4.6 degrees that shook the capital, and caused some damage. The uncertainty is gaining strength after knowing that the airport is close to the fault system that runs through the capital and in the last month has caused more earthquakes than those recorded in the past two years. The structural design of the passenger terminal let users to be calm. The planes are loaded with countless calculations and unintelligible terms for most of the population, but reflect the high level of seismic resistance with which it was built.