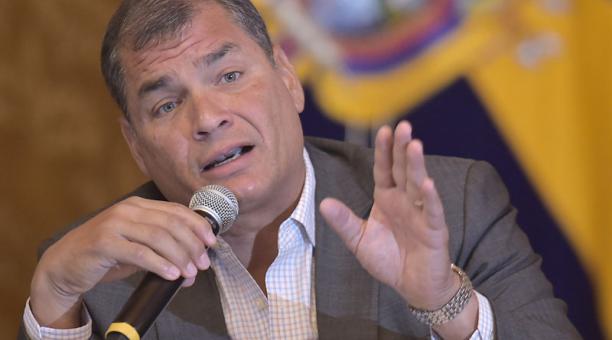 The rejection that Rafael Correa felt during his campaign for the No in cantons, where he was thrown eggs and insults, was reflected in the polls. In Quinindé -in Esmeraldas– where the ex-president said that “they tried to kill us”, the Yes exceeded the national average in question 2 that concerns him and with 70.23% of that canton takes away the possibility of being a candidate again President.

And in Vinces -Los Rios-, where the attack with eggs infuriated Correa so much that he got off the vehicle to claim a house, his option lost with 38.59%. The Yes to eliminate the constitutional amendment that Correa promoted in 2015 had 61.41% and thus the indefinite re-election is thrown down.

In the cantons of the Sierra, the rejection shown in the campaign was also repeated at the polls. For example in Cuenca, where in the presidential election of 2013 Correa won with 62.1%, question 2 had 66.84% support so that there is no indefinite re-election and 33.16% opted for it to be maintained.

In the Aztec capital, Correa received shouts in the campaign. And in Ibarra, where in his first return to the country, in December, they sang him Rat of two legs, the Yes won 68.86% to 31.14% of No.

The Manna – in Cotopaxi – said in 57.70% not to the re-election. For the former presidet “in all the sides they send groups to generate incidents”, and said that by a stone in El Guabo a person lost the vision of an eye. In that canton of El Oro, he did not win with 55.31%. (I)