The robberies in the sea, a viacrucis that flows into Guayaquil 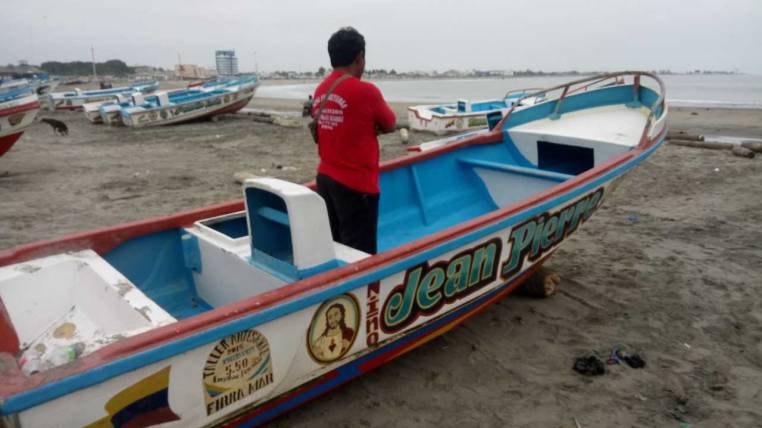 Estalin Borbor does not know which road was the longest and tortuous: if when he returned to earth after the pirates assaulted him on the high seas or when he went to put the complaint to the Prosecutor’s Office of Playas.

It was three weeks ago when Borbor was rescued by his companions, while he was adrift. He returned, but he did it without his fishing gear and without the engine of his boat. He was beaten, scared and threatened if he denounced the criminals; however, for him to survive was enough. And although it seemed that the ordeal was about to end, he still had to face the bureaucracy to denounce the crime.

In Playas, the sailors told him to put the complaint in the Office of the Prosecutor for them to proceed with the search for the thugs, but in that office they indicated that this crime was beyond their jurisdiction and they sent him to Guayaquil.

Angry and frustrated he came to the Main Port. Here he could put the complaint in the Office of Aquatic Crime, a dependency that is not in Playas. From the moment of the robbery to the complaint, almost a whole day had passed.

Miguel Mejillones, president of Cooperativa Las Balsas, to which Borbor belongs, assures that this case is repeated every time sea workers suffer robberies. “It is unheard of to have to travel to denounce Guayaquil, in order to proceed with the capture of the pirates. That’s why they make fun of the fisherman and even the authorities themselves. ”

The pirates have been angry with the artisanal fishing sector. In 2017, the Office of the Prosecutor of Guayas received 51 complaints for theft of vessels, while from January to April of 2018 there were 86 complaints for this crime. However, Mejillones does not believe in the figures and insists that the authorities are unaware of the magnitude of the problem. “If you ask the Prosecutor’s Office, they tell you they do not know anything. Of course, if they do not receive the complaints “. In addition, that this fact would contribute to the crimes not being denounced, for the time that should be dedicated and the cost that represents for these people not to work one day to come to Guayaquil.

As happened to Juan, who for fear of pirates would does not give his surname, or Pedro Yagual. The first did not collect enough money to come to Guayaquil and, therefore, never reported. On the other hand, Yagual preferred to invest the day he would dedicate to the paperwork in this city to continue working. “They ask us for so many requirements and in the end it’s nothing.”

For its part, the Playas Public Prosecutor’s Office ensures that they do receive the reports, but when the vessels are insured, the companies demand that the complaint be filed in Guayaquil. However, they recognize that the fisherman is also asked to travel if he has any injury due to the theft, since they do not have a medical doctor.

Wellington Boni, prosecutor of Aquatic Crime, based in the Captaincy of the Port of Guayaquil, believes that it is wrong that the prosecutor’s office of the Playas canton does not receive the complaints, as the fishermen point out. “They cannot say: ‘We will not accept it, go to Guayaquil’, because that is not the mechanism that applies. They, as the Prosecutor’s Office, are obliged to receive the complaint and get around it, (which) should fall into my office because I handle the crimes of aquatic spaces. “Recognizes that there is a worrying increase in this crime. However, he maintains that the lack of registration and die-cutting (recording of an identification series in the engine) allows criminals to commercialize stolen objects more easily.

It also insists that the Office of the Prosecutor only acts once the crime has been committed and that the prevention tasks correspond to the Navy.

And in the meantime, the wives of the fishermen continue to pray that their husbands will not be victims of the pirates in the next task, because the viacrucis does not end when they return to earth after a robbery. There it just starts.

An office to denounce

The fishermen want to have a unit that deals with the crimes that occur at sea and thus not have to travel to Guayaquil to denounce. For its part, the public prosecutor of Aquatic Crime, Wellington Boni, argues that, in recent days, at a working table articulated between delegates of the Ministry of the Interior, Navy and Government, the first committed to work so that, in a year, it is possible to open a Community Surveillance Unit (UVC), in which there are spaces for the Judicial Police, Anti-narcotics and another one that receives the denunciations of the crimes that occurred in guayasenses waters.

The same happens in the Gulf

In February 2018 there were 11 robberies to boats in the Gulf of the city, according to data from the port captaincy. They must also travel to Guayaquil to denounce, despite the fact that some islands are two hours away, through the waterway. (I)

After judicial decisions, State does not obtain compensation for Dhruv