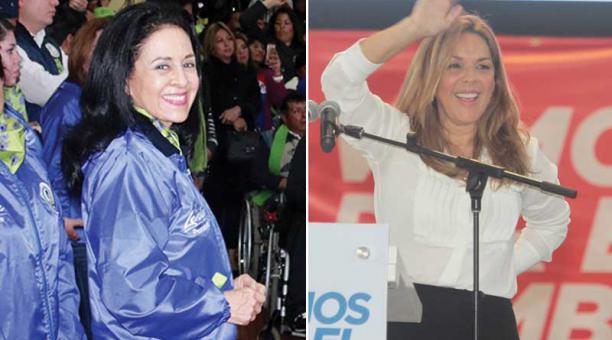 But from May 24, 2017, during the next presidential inauguration, it will be resumed. The wives of presidential hopefuls Lenin Moreno (Alianza PAIS) and Guillermo Lasso (Creo-SUMA) have already announced an active role, especially in the social front.
Rocío González, wife of the candidate of the government party, will be in charge of the Manuela Espejo Mission, which was led by Moreno when he was vice president. Through this Mission, the number and situation of persons with disabilities in the country were documented, and these were assisted.
In the new stage, in charge of González, the proposal will receive the support of women who will be known like “the manuelas.” And more volunteers will be able to join the team. On Friday, March 10, 2017, Moreno said that his wife is already working on the Mission, through brigades that visit the most vulnerable areas. On Saturday, actions were planned in Monte Sinaí and Durán, in the province of Guayas.
María de Lourdes Alcívar, the wife of Guillermo Lasso, has previous experience working with foundations dedicated to the family and plans to work on similar issues if her husband wins the elections. Among her proposals is to reinforce the tasks of the government’s plan in the social area, through projects related to unemployment and values. But one of her primary roles will be to lead the drug prevention program, offered by her husband, especially for young people, who are the main affected. It will be implemented in schools and colleges throughout the country.

For Alcívar, it is necessary that the citizens see the presidential couple united, because “the family is the base of the society.” Lasso has also recognized that the permanent presence of his wife will serve to remind him daily the importance of respect for the Ecuadorian women. “Something we have not had in the last ten years,” he said on March 8.