The second semester with greater concern 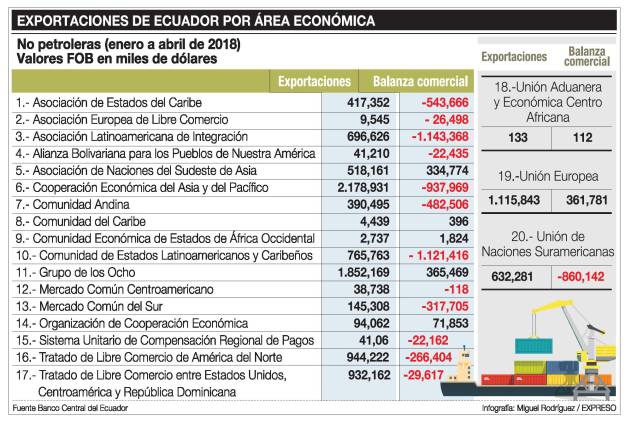 The second half begins with a climate of greater uncertainty for the markets and the main economies, fearing that they may go through turbulence such as those that engulfed the developing world in the first part of the year, potentially hitting its assets and at its rate of expansion.

US and European shares are almost at the same point where they began in 2018. But the perception of investors worsened after the intensification of protectionist measures by US President Donald Trump and reprisals from other countries.

“With Trump looking for fights on multiple fronts, and neither side showing willingness to back down, we might have to get used to this risk-adverse environment in the short term,” said Craig Erlam, market analyst at the Oanda currency broker. For now, the US economy has shown little signs of being affected by trade concerns, and monthly data on the country’s labor market performance in June would continue to show a relatively healthy picture, according to a Reuters poll.

In addition, in the coming days will be known the figures for manufacturing activity in the United States this month based on surveys to purchasing managers that compiles the Institute of Management and Supply (ISM), which also reflect a good performance.

For its part, the US Federal Reserve will disclose the minutes of its last policy meeting, in which it ordered the second interest rate increase of a total of four expected for this year. The analysts will be attentive to the text to see if the Fed keeps its strict tone.

On the other hand, the outlook for the real economy is less favorable in the euro zone, where the final reading for June of Markit’s manufacturing index will be known. Economists anticipate a measurement of 55, which would be the lowest since December 2016.

Meanwhile, financial storms in the periphery continue to spread. Now there is a strong concern about China, which in just two weeks accelerated significantly the rate of depreciation of its currency, the yuan, taking it to lows of the year.

Ecuador is very attentive to these markets, which are its main export customers. If the economies of the United States and Europe are affected, the sales of Ecuadorian products also. Faced with this scenario, the authorities seek to expand trade agreements, one was recently signed with EFTA (Switzerland, Norway, Iceland and Liechtenstein) and since 2017 the one that signed with the European Union has been signed.

They are in talks to achieve one with the United States and expand the one that exists with Mexico. According to the Central Bank, exports of Ecuadorian non-oil products, up to April of this year, amount to $ 4,346 million; 6.3% more than in 2017 compared to the same period.

What Ecuador seeks now is to balance its trade balance by commercial areas. Of 20 groups with 13 has a negative trade balance and it does not benefit that it stays in the second semester. (I)