The SGP Plus achieves first consensus 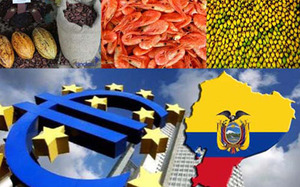 The mechanism that allows the entry of products to the European Union (EU) with tariff preferences, called SGP Plus, passed the first test for the extension until December of 2014.

It  occurred yesterday in Brussels when the European Parliament’s International Trade Committee denied a proposal which said that the expansion was to be approved by country, and not in package.

Ecuador is part of a group of ten States, including Pakistan, with which there have been difficulties for the extension of the benefit.

Mauro Mariani, political adviser of the EU said that last March the Ecuadorian Government presented his dossier to continue to benefit from the tariff preferences and the European Commission deemed it eligible.

In addition, Mariani said that the decision taken yesterday is the result of an analysis of the European Commission which made the proposal, the European Parliament (Commission and Main Assembly) and the Council of Ministers, a process that has not been completed.

Mariani said that he did not know the details about what happened yesterday, but mentioned we have to wait and see “what happens in the plenary, if it resumes the position of the Committee on international trade or deliberates in other way,” next month.

The Government hopes that in the first quarter of 2014 the negotiations for the trade agreement can conclude.