BREAKING NEWS
From chocobanana to pitahaya they manage to enter other countries
TikTok donated $ 340,000 to Ecuador to face the pandemic
Operative located four illegal mining camps in Pucará
Government ratified economic agreement with the European Free Trade Association
The 100 days of quarantine leave $ 5807 million of losses in commerce throughout the country
Food tourism seeks to reactivate in the pandemic
Poultry farmers seek state support to curb meat and egg smuggling
400 tons of medical supplies arrived in Ecuador
Ecuador has received about 400 thousand Venezuelans, according to the World Bank
Entrepreneurs prepare for more virtual fairs

The spread of Ebola decreases in Sierra Leone, according to the WHO 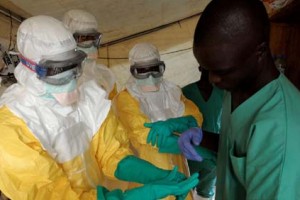 The World Health Organization (WHO) announced yesterday that the death toll from the Ebola epidemic affecting Central Africa increased to 6,915 people from 18.603 cases in December 14. The organization added that there are signs that show that the incidence in Sierra Leone decreased.

The WHO noted that the affected by the epidemic decreased in that locality, even though 327 new cases were confirmed in the past week, including 125 in the Freetown capital.

“A major operation to curb the spread of the disease in the West Country it´s being implemented,” said the WHO.

The three most affected countries are Guinea, Liberia and Sierra Leone.

Pope Francis apologizes for scandals of the Church