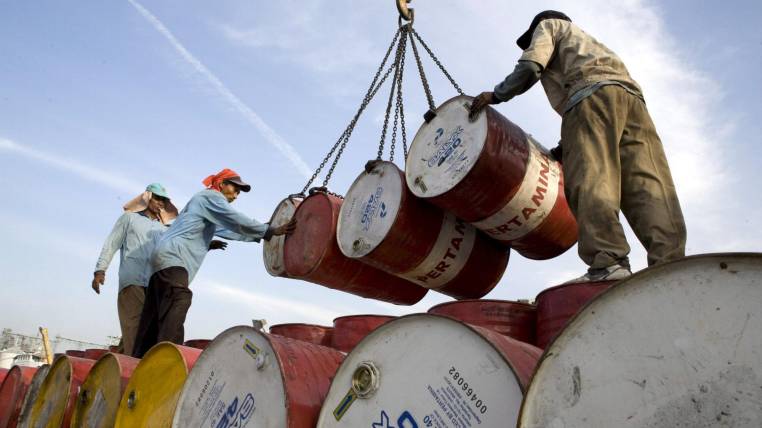 The international value of crude oil was always a weight scale to evaluate Ecuador’s solvency of income and its level of risk before the international financial market. But this week, in which the barrel of oil exceeded the barrier of $ 70 for the first time since 2014, showed that it has ceased to be strong enough to improve this confidence index. Only this year the country risk rose 311 points.

Yesterday that indicator reached 759 points, a level similar to the one that Ecuador obtained in June 2017, when there was an expectation for the start of the Moreno Government’s administration, but also concern about the low oil revenues. At that time, the WTI (reference for Ecuador) reached just $ 45. Today, although the country demonstrates the possibility of improving its income, it has a more complicated scenario and, therefore, crude oil has gone into the background, says Jaime Carrera, secretary of the Fiscal Policy Observatory. “The markets perceive that the public accounts (with a debt that according to the last report of the Comptroller’s Office exceeds $ 60,000 million) are unsustainable and that there is a risk that Ecuador will not be able to make future payments.” Not only that the country has a legal impediment to acquire new debt, but access to financing is exhausted little by little. “And that’s something that the markets are perceiving.”

In statements to public media, Finance Minister María Elsa Viteri acknowledged the rise of this indicator, which, she said, is related to sensitive issues for the market. For her, “a transcendental declaration of an official, like the comptroller or procurator, can mean enormous setbacks for the country and not only for the public administration”.

But for Mauricio Pozo, former finance minister, this distrust is not generated by making the debt figures transparent, as the Comptroller General did a month ago, but by the lack of concrete measures to correct it. The economic plan that the Ministry of Finance will deliver this week to the Assembly “does not convince the markets.”

Well, unambiguously, dares to say that the management of Viteri is affecting bad perception. Outside, she points out, not only is she remembered as the official who declared the debt moratorium in 2008, but she is questioned because of the little she has done to begin to correct the fiscal problem.

“There is talk of austerity, but salary spending continues to grow. The size of the State went from 2007 to the date of 21% to 40%. That in values means $ 20,000 million, but the government’s announcement is that it will reduce only one thousand per year. ”

Experts like José Orellana, business advisor in finance, insist on the urgency of starting to correct public finances to ensure new revenues. He remembers that a good part of the crude has already been committed to presales and under a reference price that is not the WTI.

In that Pozo agrees, who notes that only this year will require $ 10,000 million to cover the tax needs. To achieve this, he says, one must choose to raise the legal ceiling that prevents the country from becoming indebted above 40% of GDP.

But before unlocking that process, he clarifies, a program must be created that contains real actions that help send a positive message to the markets. “I do not see how to reduce country risk in the current circumstances without an agreement with the multilateral ones. You have to rethink the debt. Replace expensive debt with a cheap one. (I)