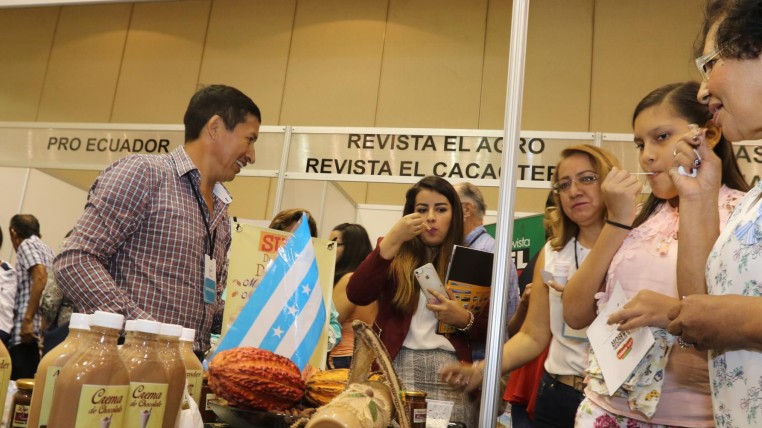 It is estimated that in October of this year the sale of between 100 and 200 hectares of cocoa crops with an investment of two to four million dollars, will be materialized. Prospective investors are from Europe, according to President of the Salpa group and the International Chocolate Fair Jean-Paul Burrus, which for the first year is held together with the Roots Fair, organized by the Municipality of Guayaquil, in the Convention Center, on the occasion of celebrating the city festivities.

The names of the new investors and the property to be acquired remains a secret. Undoubtedly, the Chocolate Hall is the showcase for the novelties in the sector. Ives Thuries, twice the best French pastry chef, and a Michelin star winner, who was at the event, said he was fascinated by the handcrafted cocoa liquors and wines.

According to data from the International Cocoa Organization, Ecuador is the first producer of fine aroma cocoa worldwide, satisfying 60% of international demand a label that attracts investors. (I)