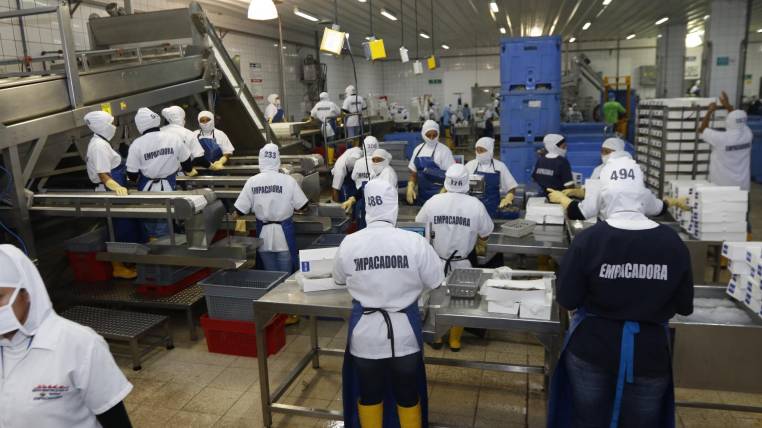 The tuna fleet of the country advances with good sea and good wind. Last year he managed to leave behind the low-income slump, taking advantage of the bad moment of low catches that the Asian producers experienced and a commercial agreement that allowed him to export aggressively to the European market.

According to the National Chamber of Fisheries (CNP), in 2017 exports of tuna in loin and canned tuna reached $ 1,092 million, 35% more than last year. Jimmy Anastacio, adviser and researcher of this union, explains that this increase was given by the facilities that, in the first year of validity, allowed the commercial agreement with the European Union, block of countries where Ecuadorian exports grew by 51.6% in values, at a time when, in addition, the Asian market, the main global supplier, registered a decrease in the capture of species and in their production.

This shortage, which mainly occurred in the first half of last year, explains Anastacio, contributed to the rise in prices and the generation of a differential in values that made Ecuador’s raw material cheaper and more attractive in the market.

The challenge of covering demand led Ecuador to close the year with 286,383 tons of tuna caught, a 3% increase that led it to continue to maintain its leadership in the region with a 47.12% participation. This, without counting the more than 200,000 tons that enter the country by maquila and processing for local consumption.

The result is positive if one takes into account the negative volume of fishing that was generally done in the Eastern Pacific Ocean, where the total catches fell from 636,557 to 607,819 tons. Of the captured by Ecuador, 190,882 tons corresponded to the skipjack species; 54,713 tons to yellowfin and 36,916 to bigeye.

Although Europe was an important market to consume this offer, USA did not lose prominence. Agustín Jiménez, president of Empesec, a company that supplies raw material to the North American Starkist, mentions that last year they gained 8% more in sales.

Out of respect for the agreement with Starkist, there is little volume that your company is sending to Europe; nevertheless, it does not stop analyzing with pleasure the buoyant market that opens for the tuna industry, with products such as the pouch. A presentation that is more expensive, but that may come to have greater demand from European consumers who generally have a good purchasing power.

The signed trade agreement, he says, is the instrument that Ecuadorian exporters have today to maintain a constant and profitable trade. “The same agreement that we have been crying out to sign with the United States.” Canned tuna (canned and pouch) are on the list of products that stopped having a tariff preference, after Ecuador renounced Atpdea.

The increase in sales to that market, says Jiménez, is occurring despite the fact that the Ecuadorian product must pay taxes of up to 35%, a factor that makes it less competitive.

Between August 2016 and October 2017, three new vessels with Panamanian, Japanese and Guatemalan flags joined the Ecuadorian tuna fleet: Connie Jean Two, Miramar and Vicente. The largest is the last, 107.5 meters in length and 16.62 in beam and 1,742 tons in hauling.

According to the records of the Inter-American Tropical Tuna Commission (CIAT), the Ecuadorian purse-seine fleet consists of 116 vessels, Mexico 51, United States 34, Venezuela 24, Panama, Peru and Colombia 14 each, Nicaragua 7, Spain 4 and El Salvador 3. (I)