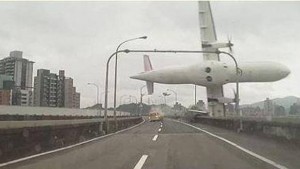 The two engines of the ATR 72-600 aircraft of the TransAsia company, which crashed on Wednesday, January 4 against an elevated highway and then fell into a river in Taiwan killing at least 35 people, failed before the accident. This was indicated on Friday, February 6 by the Chinese air security council.

“Taking into account the available data we have, we see that for a period of time the two engines had no propulsio ,” said Thomas Wang, director of the Aviation Safety Council that investigates, which causes of the accident.

“The right engine turned on and triggered an alarm in the cockpit. The left engine automatically switched off and the pilot tried to re-start it but failed,” Wang said.

Until now 15 people survived the crash and the lifeguards are still searching for eight missing.