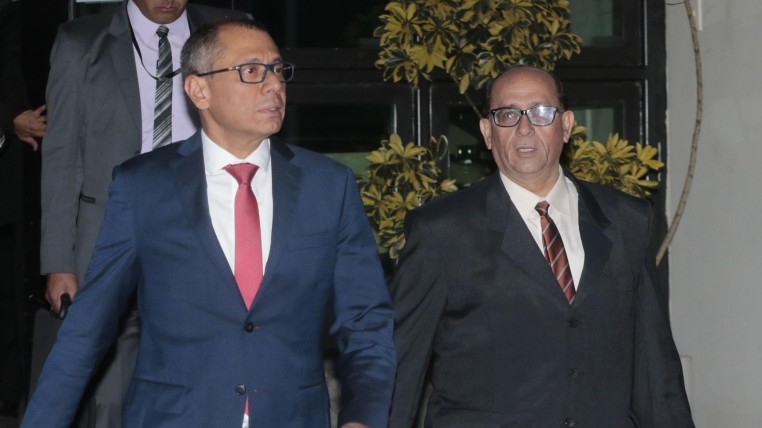 Glas had been summoned to give his testimony last August 9th. He, his uncle Ricardo Rivera and others are included in the file opened in the illicit association case. Glas was linked to the case onAugust 29 together with former Comptroller General Carlos Pólit and nine other people. In total, 18 people are under investigation.

Glas’s appearance took a little over four hours. But his departure only occurred almost nine hours after the completion of the diligence. According to lawyers present at the hearing, the delay was due to revisions of the version text. Among those attending the hearing was the former Legislator and leader of the Concertación movement, César Montúfar.

The former lawmaker said that “it is clear that the vice president sent Mr. Rivera information about Glory International Industry.” Glory is a company domiciled in the Marshall Islands. According to the information from the Prosecutor’s Office, that company would have received about 5.5 million dollars from the Shanghai Pudong Development Bank (China) n 15 transfers between 2012 and 2013.

The exchanged email, according to Montufar, corresponded to the verification of information about alleged links of Rivera with that company. Glas justified: “being Ricardo Rivera the accused, I believed that the correct thing was to transmit that information to the person who was directly charged as it had generated concern to me.” (I) 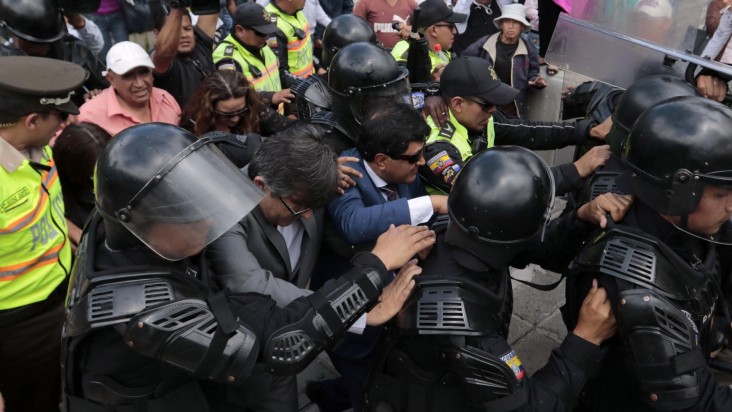 The great whistleblower involves Glas in the collection of kickbacks