There are new offenses under the Penal Code 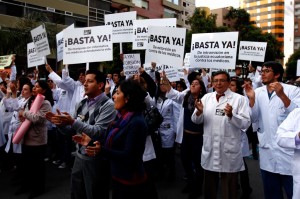 Actions that may “threaten public safety” are typified in 29 articles of the Criminal Code, with penalties which amount up to 13 years in prison for the most serious offenses.

The new regulation contrasts with the previous, which typified 13 behaviors such as sabotage and terrorism. The difference between the two codes is clear, as the new criminal Law includes as offenses a number of behaviors that were not included in the previous, such as rebellion, usurpation and illegal retention of control, destruction of registers or incitement to discord among citizens.

The typing of these new crimes is key. The chapter of sabotage and terrorism has been widely used by the Regime to start proceedings in cases that have generated controversy, as the police rebellion of September 30, 2010, as well as against human rights defenders and on the nature.