There are now 31 dead over protests in Venezuela

According to the mayor of the Distrito Libertador Municipality in Caracas, the ruling party member Jorge Rodríguez, state employee Francisco Rosendo Marín was “assassinated by terrorists” when clearing a roadblock. “Francisco was doing his job of keeping peace when he was ambushed by those beasts. We will find them even if they hide under rocks,” Rodriguez said.

Similarly, in the city of San Cristobal , capital of Tachira state, authorities confirmed today the death of student Anthony Rojas allegedly after being shot by armed groups trying to disperse a protest. 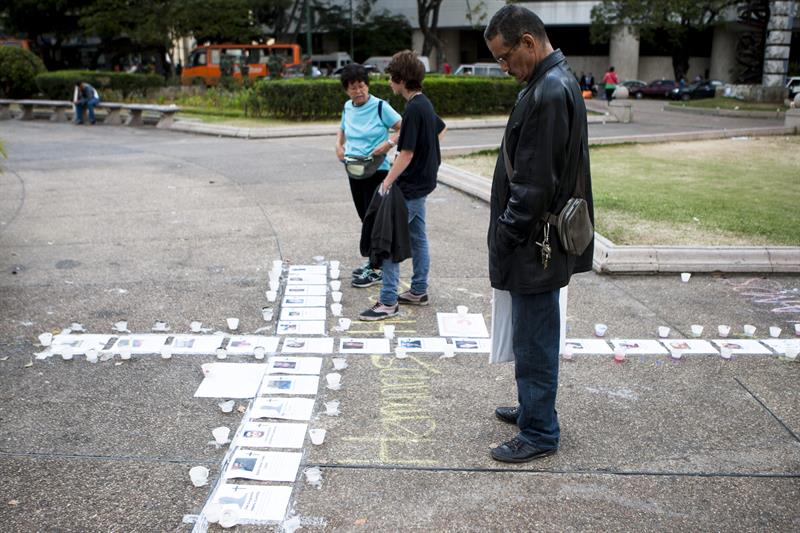 People made a cross in the ground with the pictures of the dead during the protests in Venezuela.

On the other hand the opposition member to the government of Nicolas Maduro, Maria Corina Machado, left Venezuela today to speak at the Organization of American States (OAS) about the protests in her country, after accepting an offer from Panama of giving her its seat in the organism. “It’s an honor to be the voice of Venezuelans before the representation of our fellow Latin American brothers in the OAS,” wrote in her Twitter account.

Machado leaves one day after the Venezuelan ruling party majority of the Parliament asked the Attorney General to investigate her in order to remove her immunity and judging her over the violent events of the previous month, since she was one of the opposition leaders, along with the now imprisoned strong opposition member Leopoldo López. 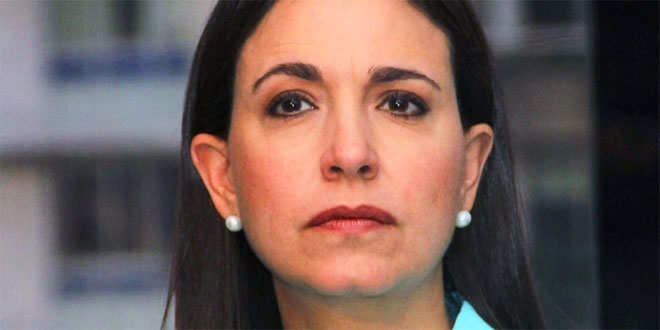