There will be no drawbacks if resources are not confirmed 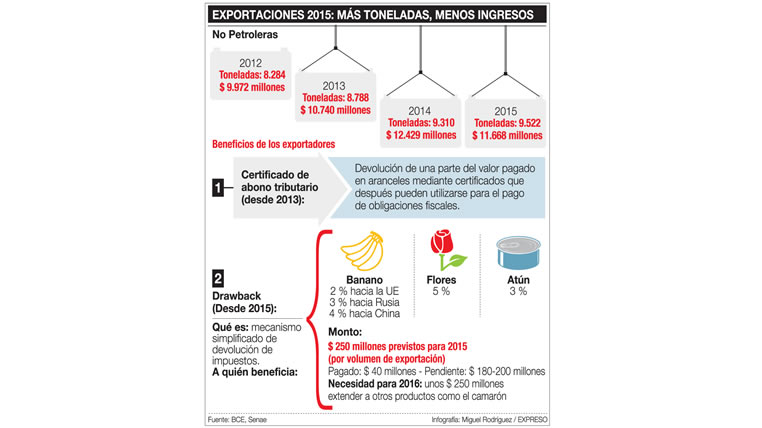 The export sector, which remains a reliable source of resources for the economy, is also going through tight times. This year shrimp, bananas, cocoa and flowers revenues have fallen, with respect to its performance in 2014 (see note below). Therefore, it is important for the sector to preserve the tax benefits granted by the State.

On the one hand, the tax credit certificates that allow them to recover part of the tariffs in order to cancel other tax obligations. But above all, the drawback, the simplified tax return the government launched last year.

Despite a manifest willingness, the mechanism intended to compensate the unequality among Ecuadorian exporters against their competing neighbors by the appreciation of the dollar and the devaluation of foreign currencies, fell short. Funds for this $ 250 million return were allocated, but only $ 40 million were paid (until April). Since then, a pending commitment of between 180-200 million that recognize both the exporters and the government accumulates.