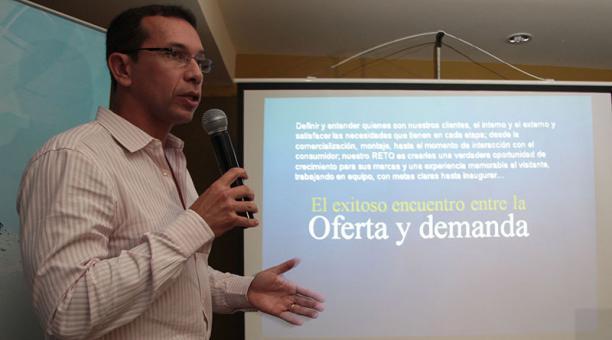 Carlos, the younger brother of Fernando and Vinicio Alvarado, was beaten after a hockey game in Guayaquil.

The video of the aggression was spread through social networks and caused the reaction of political personalities and journalism.

Fernando Alvarado, former Minister of Tourism and former Secretary of Communication of the government of Rafael Correa, confirmed that the incident was recorded on the afternoon of Saturday, May 12, 2018.

The broadcast continued on social networks this Sunday, May 13. The video shows a man on top of the younger Alvarado, who is on the ground. He holds his hands to the ground and hits him with the head frontally, after the blow he said “you know why”.

In the audio, of 28 seconds, voices are heard that urge to stop the aggression, however another person warns: “nobody get in”.

The attacker, in the middle of the video, stands up and kicks him directly in the face, but Alvarado managed to dodge the blow.

Fernando Alvarado assured this newspaper that they will file a legal action in the Office of the Prosecutor on Monday, May 14. He said that they have identified the aggressor and that they are looking for investigations to be carried out because the context of the aggression “is incompressible”.

“He will have to explain his actions to the relevant authorities, as is fitting, our intention is not revenge, less violence, simply that the law grants each one the right to it,” he said.

He added that medical assessments were made and serious injuries were ruled out. “If the kick seen in the video manages to hit him right in the face, it could have been serious, but luckily the aggressor escapes a bit and saves my brother’s face.”

The diffusion of the video in social networks originated several reactions. The Assemblywoman of Correismo, Sofía Espín, expressed her solidarity on Twitter with Carlos Alvarado and his family before the attack against his life.

So did the journalist Tania Tinoco. “I did not want to see the attack against Carlos Alvarado Espinel, after a hockey game, but I do not need to see him to deplore and reject this type of acts, the witnesses had to call the police, violence cannot be confused as a tool of justice” , wrote. (I)

Lenín Moreno: Supercom will be eliminated in the reform of the Communication Law in Ecuador