Salvador Quishpe , elected assemblyman of Pachakutik , revealed this Sunday, May 9, 2021 that Correísmo proposed an amnesty for the former vice president, Jorge Glas, as a condition for a legislative agreement. 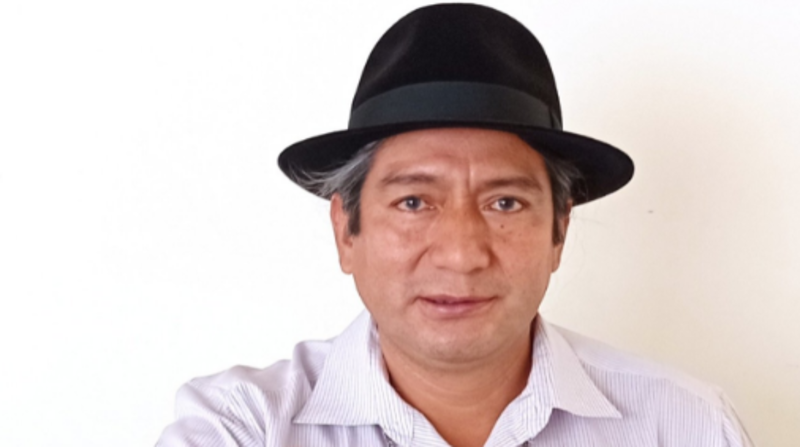 “We have listened to everyone. And I told the Ecuadorian people in a clear and sincere way: it is proposed that we support the amnesty for Mr. Glas and others, and we said: no, that does not work, “he told Ecuavisa .

Quishpe assured that this proposal was made by the elected UNES assemblyman , Fausto Jarrín, who served as lawyer for former President Rafael Correa in the 2012-2016 Bribery case . Jarrín’s press team responded to this newspaper that at the moment it will not comment.

“I am not here missing the truth or anything, these things cannot be hidden, they are public issues and they have to be public and we have said: we cannot commit ourselves to that kind of thing, the independence of the functions of the State must be respected They are issues that have to do with the Judicial Function and the National Assembly has nothing to do with those issues, ” Quishpe insisted .

However, Jarrín replied to this newspaper that: “what was said by Assemblyman Quishpe is false. We met in an office of someone close to him and indeed we had a dialogue on different issues, including the situation of Jorge Glas , the assembly member even asked me to convey his solidarity to Jorge Glas for what he has had to live, however, I was not a delegate or negotiator of the UNES bench and therefore our conversation never referred to the presidency of the Assembly, nor to the votes of our movement ”.

Meanwhile, this weekend, separately, Pachakutik and the Democratic Left denied an agreement with Correísmo to control the new National Assembly that will be installed on May 14.

The clarifications were given at a time when the benches intensified the negotiations for the election of the President, two vice presidents and four members of the Legislature’s Administrative Council (CAL) .

The indigenous movement argued that its aspiration to preside over Parliament is “legitimate” , since it has 27 elected legislators, which makes it one of the most important political forces in this function.

“In this sense, in order to comply with the legislative agenda , dialogues are held with all sectors that are part of the Assembly . The names of Salvador Quishpe and Guadalupe Llori have been proposed to preside over the legislature, for this there have been dialogues with all the blocs and we emphasize that there is no agreement with the UNES bloc, “he said.

The ID’s statement, which bears the signature of its president Guillermo Herrera, dismisses the versions that they would have an agreement with UNES as “false information” , and points out that this bloc has maintained approaches “with all the political forces, inviting them to have dialogues. public , transparent and extensive where we will banish once and for all the old practices of agreements under the table and distribution, to the threat in exchange for votes ”.