Thousands of citizens protest in Ambato demanding the ballot recount 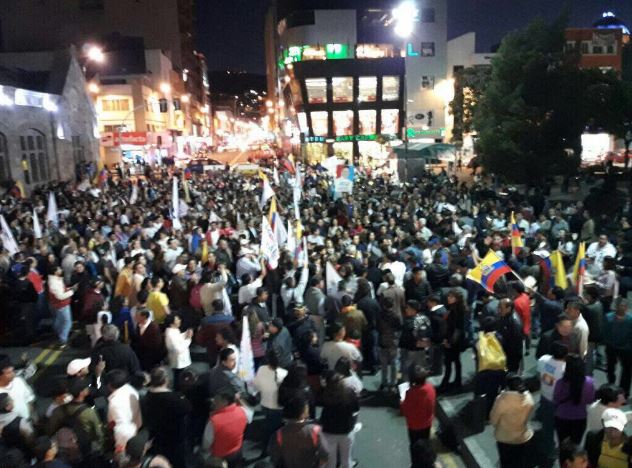 Black flags and crêpes were held by thousands of people in Ambato who came out to protest from 5:00 pm on Tuesday, first to the Cevallos Park and then on the main avenue of the city, to reject the results issued by the National Electoral Council (CNE). Drivers later joined them, who honked when passing through the place.

In the morning, leaders of other political groups in the province – along with Fernando Gavilanes, director of the CREO party in Tungurahua – asked the population to take to the streets, peacefully and without falling into provocations, to demand that the popular vote be respected, for considering that the results delivered by the CNE do not reflect the popular will.
Source: http://www.larepublica.ec/blog/politica/2017/04/05/miles-protestan-en-ambato-exigiendo-reconteo-de-votos/#prettyPhoto

Various effects after journalistic revelations of the Panama Papers