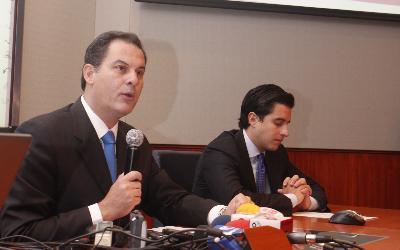 Three private banks renew their corporate image. The change is external, but it also seeks the highest ratings in service and financial strength.

Banco Guayaquil is one of the entities that yesterday presented its new name and image. Guillermo Lasso Alcívar, Executive Vice President of the financial institution showed the new logo: a fuchsia and blue circular isotype, which “represents the movement and evolution that has been given to this bank for 90 years with greater force”. The bank also announced the elimination of the preposition “of” which was included in its name. “From today the name has changed …. Banco Guayaquilis the new name” said Lasso. The executive highlighted the new services for its customers, totaling 1.6 million users, such as being able to make check deposits through an application on cellular phones.

Banco Solidario also renewed its image, the name is now shown in white letters on a turquoise background.

Another bank that refreshed its identity and extended its technologic services is the International Bank for its 40 years of institutional life. 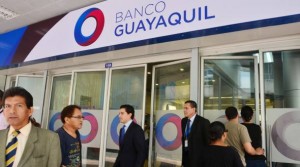