Three Latin American cardinals will be appointed by Pope Francis 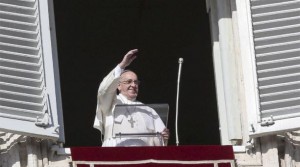 Pope Francis announced the appointment of fifteen new cardinal electors and five non-voters, representing some countries that have never had participation. The pontiff said he will make the appointment on February 14, adding that despite Europeans are the most numerous (119) in the list, those from America would be 61, among whom are the new voters from Mexico, Panama and Uruguay.

The pope said that the new cardinals are “from 14 countries from all continents,” and added that they “represent the inseparable bond between the Church of Rome and the local churches present in the world.”

In the list of new cardinals are the Spanish archbishop of Valladolid, Ricardo Blazquez, along with Alberto Suarez Inda, Archbishop of Morelia (Mexico); also the Spanish José Alberto Lacunza Maestrojuan, Archbishop of David (Panama) and Daniel Fernando Sturla Berhouet, Archbishop of Montevideo (Uruguay). The only member of the Roman Curia (the Vatican government) that will be appointed cardinal by the Pope is the Moroccan Archbishop Dominique Mamberti, prefect of the Apostolic Signatura.