Their identities are not revealed, they are only cited as # 1, # 2 and # 3. The FBI agent, the American James Kelley, knows who they are, to the point that he knows the period of their functions within Petroecuador, their bank accounts and how they participated in the alleged bribery scheme that would reach $ 22 million. His complaint served as the basis for the open investigation against Raymond Kohut, the former Gunvor executive who last Tuesday confessed his involvement in the crime before a New York state judge. 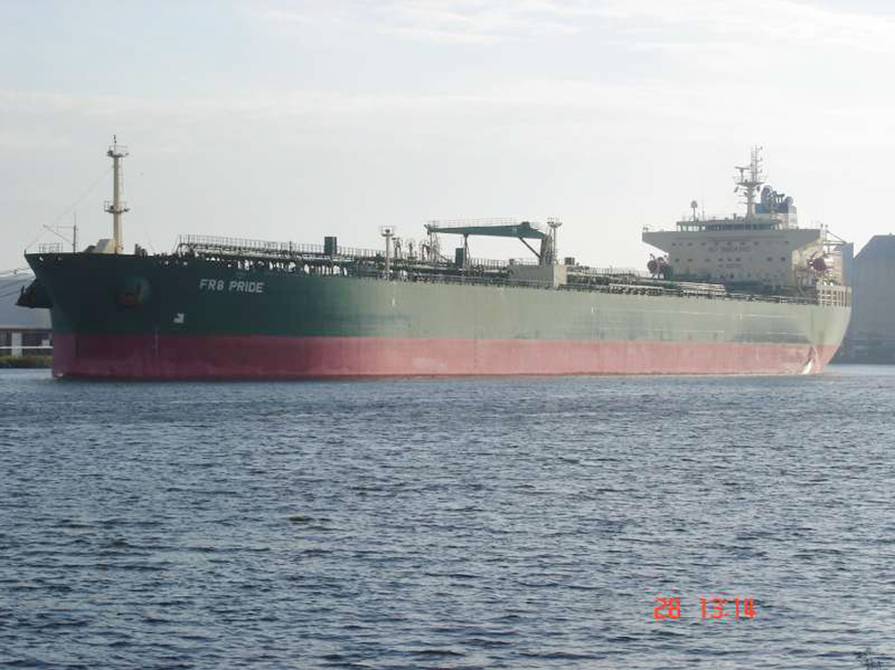 Three Petroecuador officials involved in the multi-million dollar Gunvor-related bribery scheme, according to the US FBI complaint.

In more than fifteen pages, the agent described the bribery plot by which the crude delivered by Petroecuador to other Asian state companies, as part of the foreign debt loans, ended up in the hands of one of the largest trading companies in the world, Gunvor SA , based in Geneva. It would be $ 5.4 billion in loans secured by barrels of crude oil, the detective said.

Kelley investigated the conspiracy with the help of two witnesses who have already pleaded guilty in the United States; from Kohut himself, who recorded telephone conversations and meetings with his accomplices, as well as multiple documents such as contracts, emails and WhatsApp messages, business and bank records. Kelley, from the Federal Bureau of Investigation (FBI), filed his complaint in August last year, but it was made public only after Kohut’s confession to the judge.

The agent specified that Petroecuador Official # 1 was involved in the commercialization of oil and the administration of contracts between 2010 and 2017, Officials # 2 and # 3 from 2017 until at least August 2020, when he filed his complaint.

According to Kelley’s account, in addition to the three senior officials from Petroecuador and Kohut, two Gunvor executives of Spanish origin participated in the scheme and who have managed Gunvor’s subsidiaries in Singapore and the Bahamas. They are joined by two Ecuadorian “consultants”. Consultant # 1 is cited as a citizen of Ecuador, the United States, and Spain. And the second, a relative of the first, as a citizen of Ecuador and Spain, and as an ex-agent of Gunvor. In a subsequent letter from the US Attorney’s Office, two state oil and gas companies located in Asia were also listed, without identifying them.

The detective pointed out that the Ecuadorian consultants created companies based in Panama and the British Virgin Islands and managed several bank accounts, including in New York, through which bribes were paid to Ecuadorian officials in Panama, Switzerland and Portugal, with a view to to ensure that the oil intermediary maintained its business with Petroecuador, the FBI agent assured.

The money came from one of the world’s largest oil companies, Gunvor, which Kelley cited as “Compañía Comercializadora” in his complaint but whose identity has already been made public and has been recognized by the Gunvor Group itself, which said it was cooperating with the justice of the States. United. The agent reported that Gunvor’s money used to pay bribes came from a subsidiary in Singapore, which sent money orders to the accounts of the two consultants in Switzerland, Panama and the Cayman Islands, justified by false consulting contracts; Once these payments were received, the money was distributed to the three Petroecuador officials.

“In total, from approximately and during 2012 and 2019, Consultant # 1 and Consultant # 2 motivated bribes to be offered and paid on behalf of the Trading Company for a total of at least $ 22 million to Ecuadorian officials and others”, including the three Petroecuador officials, Kelley summarized in his complaint. Kohut’s confession has yet to be uploaded to the US court system.

In his account of what he calls “bribery and money laundering schemes,” the detective said that from 2009 to the present, Petroecuador negotiated several contracts with state companies for crude deliveries that guaranteed loans. Indeed, Petroecuador’s production has served to guarantee the foreign debt loans contracted by the Government and which were called “oil pre-sales.” In addition to ensuring the delivery of crude, Ecuador, on average, paid an 8% interest rate to banks, mostly Chinese, as published by EL UNIVERSO in December 2017.

Gunvor “helped secure the financing of approximately $ 5.4 billion in crude oil-guaranteed loans from state entities to Petroecuador in accordance with the contracts,” he added.

According to Kelley, between 2012 and 2019, Gunvor would have deposited more than $ 70 million in the bank accounts of the “consultants” who promoted the bribery scheme, of which $ 22 million were sent to the accounts of Ecuadorian officials and others, including the three from Petroecuador.

He explained that since 2012, Raymond Kohut and the Consultants agreed that Consultor # 1 would pay bribes to Ecuadorian officials, among others, to ensure that Gunvor and others would obtain business with Petroecuador. From then on, Gunvor entered into agreements with state-owned companies to sell the products delivered by Petroecuador, and officials were aware of these agreements, the FBI detective said.

To promote the scheme and launder money, the consultants signed consulting contracts with Gunvor’s Singapore affiliate, which agreed to pay them a commission for each barrel delivered. Based on these agreements, invoices were issued that the Singapore and Bahamas subsidiaries paid to the consultants, in bank accounts in New York. Subsequently, money orders were also sent to the Cayman Islands. In turn, the consultants paid the bribes to the officials. As proof of this, Kelley cited some examples in his complaint dating from 2017 and July 2019.

In 2015, the consultants and Kohut decided that the Canadian should also receive part of the bribes and transferred $ 2.4 million to the accounts of the Gunvor executive. They communicated through personal emails and used codes to refer to officials.

Starting in 2019 and with the excuse that they had to agree on what to tell the employees of Gunvor’s Compliance Department, Raymond Kohut arranged and recorded phone calls and meetings with the Consultants. Kelley cites some of these dialogues that took place in Spanish.

In a telephone conversation, held on February 6 of last year, Kohut pointed out to Consultant # 1 that he should not “tell the truth about the payments” made to Petroecuador officials, those of Gunvor’s Compliance Department. And the Consultant reminds him that one of Kohut’s bosses knows the identity of one of the bribes.

A second meeting took place at a restaurant in Coral Gables (Miami) on February 18 and Kohut met with both consultants. In the conversation – according to Kelley’s complaint – they referred to Kohut’s boss and whether or not he knew about paying bribes. Consultant # 1 pointed out “Don’t tell me you don’t know what we do here in… I mean… who we pay!”. In the same conversation, Kohut indicated that another Gunvor executive also “knows everything” about bribery even though he had never discussed the issue with his colleague.

Another meeting, not recorded, took place at the home of Consultant # 1 in Miami again between the three men and Official # 1, to discuss the contracts.

The arrest warrant against Kohut, of Canadian origin, was issued on September 21 of last year. Shortly after his confession on April 6, the judge also issued a seizure order for $ 2.2 million. At the moment there is a period of one month for you to pay $ 1 million. The 68-year-old Kohut had worked as an agent and independent contractor for a Gunvor affiliate.

Gunvor’s public relations director, Seth Pietras, assured this newspaper that Kohut no longer works for the company and that the Group is collaborating with the United States justice. On Gunvor’s website there is a section in Spanish on the Compliance Department’s regulations ( https://compliance.gunvorgroup.com/?lang=es ).

In 2016, Pietras told EL UNIVERSO that Gunvor “since the beginning of 2010 has not carried out transactions with Petrochina related to Ecuadorian crude” and that “he has not had any business with Mr. (Enrique) Cadena”. Their responses were included in the report on Petroecuador’s first crude negotiations with Petrochina Internacional, the first billion dollar loan canceled with crude, and the alleged payment of $ 1 commission per barrel to Ecuadorian intermediaries, since the product it was actually going to Castor Petroleum, of the Gunvor Group.

In the investigation, which was part of the Panama Papers series (now five years old), the mechanism used was revealed and that it was part of the archives of the Mossack Fonseca study. Cadena’s Naparina Corp. had signed a consulting contract with Castor and billed Bahamas-based Waterway Petroleum LLC on behalf of the Eston Trading company, in which Jaime Baquerizo Escobar also participated. The money was deposited in Panama and from there money orders were sent to New York. However, the Panamanian bank closed the account considering that the deposits did not correspond to the activity declared by the company.

This investigation corroborated the complaints of the then assemblyman Cléver Jiménez (now prefect of Zamora Chinchipe) and Fernando Villavicencio (now elected assemblyman), about oil intermediation. The Ecuadorian Prosecutor’s Office subsequently opened an investigation, but it has not yet passed the investigation stage.

According to a report by the State Comptroller General, between 2012 and 2017, Petroecuador carried out 18 financial negotiations for $ 7,060 million, called oil presales, with companies such as Unipec, Petrochina and Petrotailandia. These contracts meant that for some years Petroecuador could not carry out open auction sales (spot), since almost all the oil lots were used to pay these foreign debt loans. (I)