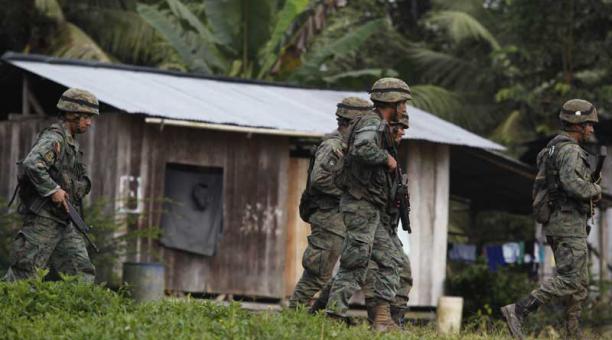 The afternoon of this Sunday, March 18, 2018, it was confirmed that three soldiers were wounded in a new confrontation with armed groups that operate illegally. The Northern Operations Commander, Rear Admiral John Merlo, confirmed to this newspaper that the incident occurred at noon this Sunday. The clash occurred in the El Pan sector, where two similar events have already occurred, which even forced the population to leave the site and move to San Lorenzo.

Merlo said that the wounds of the military are not serious. “But what is worst is the product of explosions that are temporarily deaf.” This armed action occurs two days after the terrorist attack that was perpetrated in Borbon.

Meanwhile, in the sector of Alto Tambo, also in San Lorenzo, another attack against a patrol car had been recorded. An explosive device exploded near a Chevrolet Dmax vehicle belonging to the Community Policing Unit (UPC). In this attack there were no fatalities and the driver was unharmed. Police intelligence and investigation members came to the site to learn more about the origin of this explosion. (I)